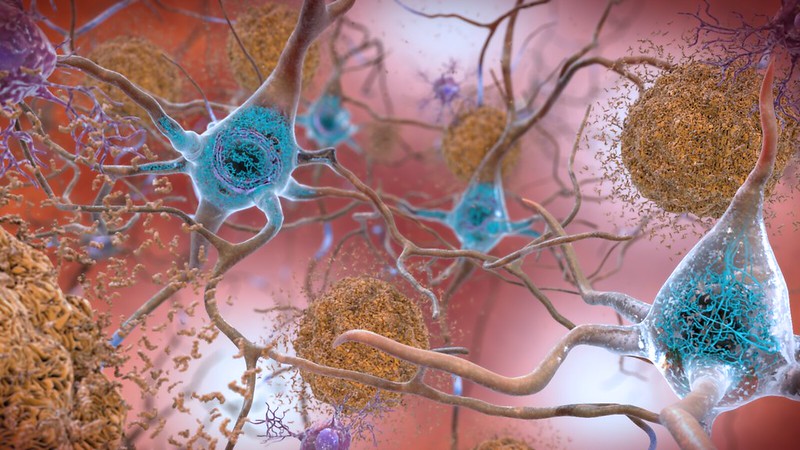 Photo courtesy of the NIH Image Gallery via Flickr.

Medicare’s plan to restrict access temporarily to a controversial new Alzheimer’s drug is worth investigating.

Expect to see a flurry of activity from groups protesting this plan ahead of Medicare’s Feb. 10 deadline for comments on its plan for Biogen Inc.’s Aduhelm drug. In a proposed decision memo released on Jan. 11, officials at the Centers for Medicare and Medicaid Services (CMS) said they plan to limit payment for Aduhelm to cases where people participate in clinical trials. By April 11, CMS intends to finalize its national coverage decision (NCD) for Aduhelm and an expected crop of similar follow-on drugs for Alzheimer’s disease.

In writing about the debate about Medicare coverage of Aduhelm, you should:

Biogen and some patient groups are seeking to pressure CMS to revise its decision, in part by rallying public support. Zach Brennan of Endpoints News reported CMS’ proposed decision led by Biogen to activate “a comprehensive plan” to reach doctors, patient advocates and others with an interest in how the federal government pays for medicines.

The debate about Aduhelm hinges to a large degree on the perception of a result gleaned from two large, paired studies of the drug, known as ENGAGE (Study 301) and EMERGE (Study 302). The drug was tested in people with mild cognitive impairment due to Alzheimer’s disease and mild Alzheimer’s disease. It is widely agreed the ENGAGE trial failed to show a benefit for Aduhelm.

Biogen and top FDA officials argue in favor of a positive finding based on an analysis of EMERGE that suggested Aduhlem slowed the loss of cognitive ability. CMS officials and many researchers point instead to the likelihood that the failed EMERGE trial showed the drug does not help patients as expected.

And there also are questions about the benefit for patients from the data points that Biogen and top FDA officials see as crucial. CMS officials noted that the most positive analysis of Aduhelm is a “statistically significant, but very small” slowing of the disease’s decline seen in one group of people taking Aduhelm.

In the proposed decision memo, CMS also highlighted questions about the target — amyloid beta— used by Biogen and other drugmakers in attempting to create medicines that will ward off the devastation of Alzheimer’s disease.

CMS officials want to put in place through an NCD a coverage with evidence development (CED) policy.

The NCD would apply to drugs employing monoclonal antibodies to target amyloid plaque as a treatment for Alzheimer’s disease. CMS describes monoclonal antibodies as laboratory-made proteins designed to bind a specific substance in the body, intending to mark it for destruction by the body’s immune system. Other drugmakers including Genentech have also developed experimental drugs of this kind to try to treat Alzheimer’s disease.

The CMS proposal was a blow to Biogen and disappointed many medical-industry and patient groups. Medicare already covers many routine costs associated with clinical trials, a policy that has been in effect since 2000. In the case of aducanumab, CMS intends to issue guidance surrounding coding details and payment rates, including required beneficiary cost-sharing, following the publication of its final NCD for what an emerging class of drugs may be.

BIO, the trade association for biotechnology companies, said limiting coverage “only to patients enrolled in government-mandated randomized clinical trials means that most of those suffering from Alzheimer’s would be denied access to an approved medicine simply because of where they live or where they go for care.”

But many other people saw the CMS proposal as a bold move to protect people from a drug with unproven benefits and documented risks.

“Yesterday’s NCD provides a strong, clear statement of CMS’ independence and willingness to enforce its own legal standards for its own agency priorities,” wrote Rachel Sachs of Washington University in her Jan. 12 article in Health Affairs, “Understanding Medicare’s Aduhelm Coverage Decision.”

Helping your audience understand the data

Biogen’s case for selling Aduhelm at this time rests heavily on one outcome measure from a pair of matched phase 3 trials known as ENGAGE (Study 301) and EMERGE (Study 302).

In both trials, doctors assessed how well people could manage tasks of daily life after taking either the medicine or a placebo. To make these assessments, they used a tool known as the Clinical Dementia Rating Scale – Sum of Boxes (CDR-SB) score. This assessment has six categories: memory, orientation, judgment/problem-solving, community affairs, home/hobbies and personal care. There is a rating of 0 to 3 for each of these categories. Higher scores indicate more severe impairment, with 18 as the most severe score.

Aducanumab failed to perform better than placebo in the ENGAGE trial. But Biogen stresses the result reported for people who got higher doses of Aduhelm in the EMERGE study. Biogen describes this as “a statistically significant 22% reduction in clinical decline from baseline.”

“Our conclusion is that Biogen’s secondary analysis cannot overturn, definitively confirm, or substitute for, the RCT evidence,” CMS staff wrote. “With conflicting results from two RCTs (EMERGE and ENGAGE), and a secondary analysis that did not resolve the difference between the two RCTs, CMS believes that the available evidence is insufficient to establish that the treatment is reasonable and necessary.”