About Jeanne Erdmann and Barbara Mantel

View all posts by Jeanne Erdmann and Barbara Mantel → 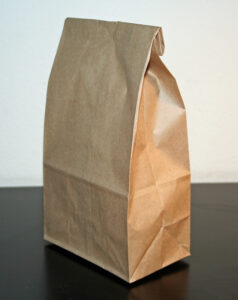 Freelancers can find all sorts of tips and resources on AHCJ’s Freelance Center, but there’s nothing like one-on-one interaction. Now AHCJ freelance members have a monthly opportunity to trade advice and share expertise.

Each session highlights a specific theme. The first session in January focused on how to plan work for the year. Forty-seven members attended, and many joined the discussion.

“I thought it was great. There were over 40 people on the call — some I knew, some I didn’t — and many seemed eager to participate and share knowledge,” said Karen Blum, an independent journalist and AHCJ’s health IT core topic leader.

The January session spotlighted strategies for revising current business plans. For example, some freelancers used Quickbooks to see which clients paid the most or had the worst contracts in the previous year. One writer took three weeks off in December to come back fresh. Another freelancer said she makes a list of objectives each January detailing where she wants to be at the end of the year.

Freelance journalist Lola Butcher offered tips and enjoyed adopting recommendations from others. “I loved hearing about the various ‘bucket list’ story ideas that writers are tackling this year. By the end of the session, I promised myself to come up with my own bucket list — and I’ve already pitched an idea from the list,” Butcher said.

Participants had several suggestions for future Lunch and Learn session topics including pitching, planning passion projects and finding mentors and accountability partners. Butcher suggested a session about the importance of evaluating clients and assignments by dollar amount per hour versus dollar amount per word.

“It took me a few years to recognize the importance of that, but it has made all the difference to my business,” said Butcher.

At the request of independent journalist and AHCJ member Margaret Nicklas, February’s session will focus on applying for grants, which Nicklas said can be a challenge as a freelancer.

“One of my biggest frustrations is that it seems that every grant or fellowship-type opportunity that comes up requires that you have a publication that promises to publish your work in the end,” Nicklas said. “Most of the outlets I have freelanced for can’t say what they are doing a week or two from now let alone promise to publish something I might produce in six months or a year and/or they just don’t want to tie themselves up that way.”

AHCJ members should note that these Zoom sessions are not being recorded or archived because they are casual and informal. The goal is for writers to express themselves freely and honestly, but some tips will be highlighted in future blog posts.

Mark your calendar for the upcoming Lunch and Learns and watch for the monthly invite from AHCJ in your inbox.