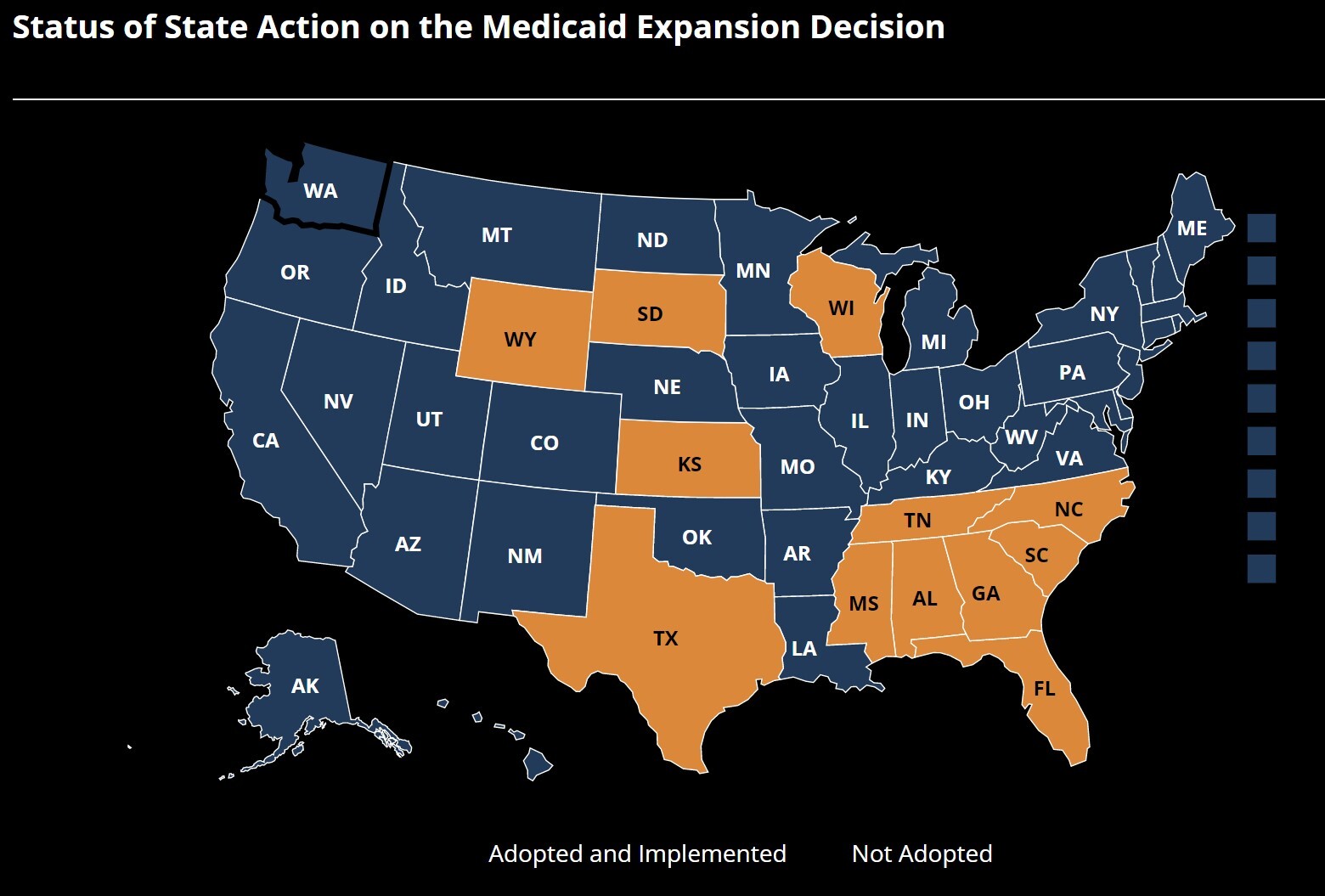 For journalists covering the Build Back Better legislation and those in the 12 states that have yet to expand eligibility for Medicaid enrollment, new research shows that doing so could save lives.

Not only does this latest research renew the argument for expansion, but it could also help supporters of President Biden’s Build Back Better bill gain passage of the legislation in the U.S. Senate. The U.S. House of Representatives passed the bill on Nov. 19, as Emily Cochrane and Jonathan Weisman reported for The New York Times.

At US News and HealthDay, Robert Preidt reported on the study from researchers at the Keck School of Medicine at the University of Southern California. Medicaid expansion was associated with nearly 12 fewer deaths per 100,000 U.S. adults annually, and expansion could lead to a decline in adult deaths each year of 3.8%, Preidt explained. Also, Medicaid expansion-related declines in deaths varied by state and by disease, he added.

The research has not received much coverage yet, which could be because previous studies have shown reductions in mortality after Medicaid expansion. Tara Golshan at Vox reported on one of those studies in 2019. But the research in Lancet is significant for journalists for two reasons.

“For example, the lag time to benefit of statins to reduce cardiac events is 2.5 years, and of breast and colorectal cancer screening to reduce neoplasia-related mortality are 3.0 years and 4.8 years, respectively,” the researchers wrote.

In an email comment to AHCJ, Lee said, “The characteristics of the states that had the most significant reductions in deaths from Medicaid expansion (more Black people, greatest conversion from uninsured to insured) would suggest that states that have yet to expand may benefit the most from Medicaid expansion because nonexpansion states have even higher proportions of Black people and uninsured adults than expansion states.”

Under the Affordable Care Act, all states and the District of Columbia could increase eligibility for Medicaid enrollment starting January 1, 2014, when the law became effective. The U.S. Supreme Court allowed states to decline to expand enrollment, and, to date, only 38 states and the District of Columbia have adopted and implemented expansion plans, according to an analysis from Kaiser Family Foundation.

For the Lancet study, the researchers collected data on all reported deaths in the United States among adults ages 25 to 64 years from January 1, 2010, to Dec. 31, 2018. Then, they compared the death rates in the first four years (2010 through 2014) with death rates in the next four years. Through 2018, approximately 32 states had expanded Medicaid and 17 had not, according to data from the foundation.