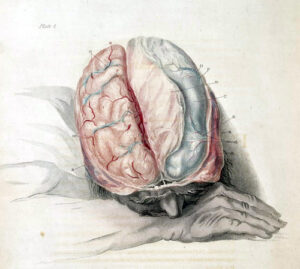 Journalists already know it’s important to be thoughtful and respectful when including patient stories in our reporting. Where it gets tricky is figuring out what someone might consider disrespectful when they’re identified with their condition. I’ve written before about the difference between identity-first and person-first language, and a new study offers additional insight on the importance of distinguishing between the two.

Identity-first language means the condition precedes the person, such as writing about “autistic people” or “deaf people.” A substantial proportion (but not all) of the autistic and deaf communities prefer identity-first language. Person-first language means, for example, referring to “a person with diabetes” instead of “a diabetic” or “a diabetic person.” Putting the person first — instead of their disease — emphasizes their humanity and can reduce stigma, which is why it’s important when writing about obesity to use “people with obesity” instead of “obese people,” as obesity physician Yoni Freedhoff has encouraged for years.

The new study focuses on the label used for those who live with schizophrenia and provides compelling evidence for why it’s important for clinicians to use “people with schizophrenia” instead of “schizophrenics.” The findings are crucial for journalists because media coverage of mental illness can affect how the public views mental health conditions — especially schizophrenia — which has already suffered from stigma for years in the public eye. The new research also reveals how powerful words are in shaping our perceptions.

Instead of looking at how those living with schizophrenia feel about how they’re identified, the study examined how the use of either identity-first or person-first language in written materials appeared to influence mental health professionals’ attitudes toward people with the condition. The researchers surveyed 251 mental health counselors and those in training, recruited from two professional counseling conferences and from three large midwestern universities’ counseling education programs, about attitudes toward the mentally ill.

All participants identified themselves as specializing in mental health or clinical/community counseling (as opposed to school counseling). A majority (69%) were women, and they were predominantly white (74%), with an average age of 35. Graduate students made up 62% of the sample while the remaining respondents were licensed clinical, community or mental health counselors, including supervisors and doctoral students. All participants answered questions on a validated instrument, the Community Attitudes Toward the Mentally Ill, about their beliefs regarding those with schizophrenia, but they randomly received one of two versions. One version used “schizophrenics” to refer to patients throughout; the other used “people with schizophrenia.”

The other domains included benevolence (“a sympathetic view based on humanistic and religious principles”), social restrictiveness (“viewing people with schizophrenia as a threat to society”), and community mental health ideology (dealing with acceptance of de-institutionalized care of people within the community).

Those who took the version using “schizophrenics” scored significantly higher on authoritarianism and social restrictiveness and significantly lower on benevolence compared with those whose surveys used “people with schizophrenia.” Community mental health ideology didn’t differ between the groups. When the researchers looked separately at responses between students and licensed practitioners, authoritarianism remained higher in both groups that received the survey using “schizophrenics.” But only licensed counselors who took that survey scored lower on benevolence, and neither students nor professionals from the different survey groups had different scores on social restrictiveness or community health ideology. (The higher social restrictiveness score only showed up as higher with statistical significance when students and professionals were grouped together.)

In a very similar 2016 study, researchers compared responses to surveys that used either “people with mental illness” or “the mentally ill” but were otherwise identical. It also found that respondents were less tolerant on the one using “the mentally ill,” revealing that “the visceral reaction to the term overrode any cognitive processes that should have made the reaction to the terms identical,” the researchers of the new study summarized.

“Given these results, it is not hard to understand why proponents of person-first language advocate so strongly for its use” and argue that “using diagnostic labels as nouns to describe and define a person has a long history that contributes to mental health stigma,” the researchers wrote. “Simply changing the language in our clinical evaluations and assessments could mean that we assess the level of severity of our clients differently, based only on the use of this term,” they continued. “Changing our language means that we will engage in less stigma-based decision-making.”

If that’s true for counselors explicitly trained to treat patients with dignity and avoid promoting stigma, imagine how powerful the linguistic difference might be for the general public learning about people with mental illness from the media. Even people who try to be conscious of their own biases cannot necessarily overcome them — the reptilian part of our brains too often wins out against the rational, at least on a subconscious level. Changing our language is one way we can bypass that tendency in ourselves and our audience.