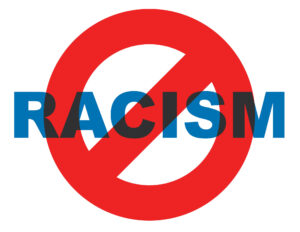 New York City made national news when its Board of Health declared racism a public health issue last month. According to an American Public Health Association database, 227 similar declarations have been made by governments, health agencies and elected officials around the country; 49 declarations were passed in western states and 79 in midwestern states.

Milwaukee County, Wisconsin, was the tip of the spear when it passed its declaration of racism as a public health crisis on May 20, 2019. At the time, then-Milwaukee County Executive Chris Abele said the resolution was about making a public commitment to taking action. He said every decision across the county should be framed in terms of how to make a difference by addressing disparities.

These important milestones should be covered as such by health equity reporters. Viewing racism as a public health and systemic issue impacting our collective health rather than personal actions that need to be addressed on a case-by-case basis is a notable shift.

A look at some alarming statistics

Black women are up to four times more likely to die of pregnancy-related complications than white women. Black men are more than twice as likely to be killed by police as white men. And the average life expectancy of African Americans is four years lower than the rest of the U.S. population.

These statistics and those reflected in the COVID-19 pandemic’s disproportionate effect on communities of color prompted many entities to acknowledge the health disparities perpetuated by racism.

As the nation’s media epicenter, anything that happens in New York is big news. But the attention the city received is deserved for several reasons. The New York City Health Department is one of the largest public health agencies in the world, and one of the oldest in the country. It’s also believed to be the first to take actual steps to chart a course correction by ensuring a “racially-just recovery” from the coronavirus pandemic.

The declaration also called on the department to work with other agencies to root out systemic racism within policies, plans and budgets on a wide range of matters that impact health, including land use, transportation and education. It also directed the department to improve data-collection practices and examine both the health code and history for structural bias.

“One of the ways that racism is expressed at a policy level is inaction in the face of need,” Michelle Morse, M.D., M.P.H, chief medical officer and a deputy commissioner at the New York City Health Department, said in a New York Times article.

While resolutions and formal statements don’t carry the force and effect of law, they serve as important indicators of what a society prioritizes and values. They can also move the narrative and drive changes in policies, laws and resource allocation and create the opportunity for strategic actions that advance racial equity. Declarations also put the focus on systems and structures rather than attributing inequalities to personal shortcomings.

How to cover this story and useful resources

When reporting on these pronouncements, journalists need to go beyond the top line and report about places that have implemented actionable policies. Here are three great resources for reporters pursuing this story: