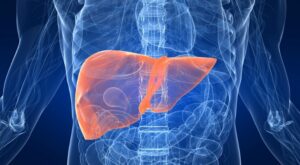 Though liver cancer rates have historically been lower in rural areas, they have recently increased and urban rates have started to slow down, according to a new study. These findings highlight the growing disparities between rural and urban health.

Some of the biggest stories in recent years about urban-rural health disparities have focused on opioid dependence and deaths, but the topic is rich with other story ideas that need public awareness — including ones that are connected to the opioid epidemic. Given what the most common causes of liver cancer are, the results of this new study hint at other upstream health issues that are becoming growing problems in rural areas, especially when other cancer rates, such as breast, lung, and colorectal cancer, have been falling in the same places.

Kali Zhou, M.D., one of the study’s lead authors, and her colleagues looked at trends of hepatocellular carcinoma — one of the nation’s fastest growing cancers — in adults over age 20 during the past two decades (1995-2016). They used the North American Association of Central Cancer Registries database which covers 93% of the U.S., including large swaths of the rural population.

The results and what they mean

Most of the liver cancer cases (85%) occurred in urban areas, in line with historical trends; their rates of increase remained similar up until 2009.

Starting that year, however, urban cases began slowing while rural cases continued to rise. By 2016, new diagnoses had increased by 218% since 1995 in rural areas, but the increase in urban areas was 118%.

According to Zhou, the shifting trends in rates tell a story about risk factors. The leading risk factor for liver cancer is hepatitis C, which has been rapidly increasing in the U.S. — rates increased 250% from 2010 to 2014 alone. Historically, hepatitis C rates were highest in cities, primarily because of IV drug use and unprotected sex. Since the development of a cure for hepatitis C, it’s often easier for people in cities to access screening and treatment. Meanwhile, IV drug use frequently follows opioid addiction, so it likely plays a substantial role in the increase in rural hepatitis rates.

More on Hepatitis B

But hepatitis B had been decreasing in the U.S. for years, largely due to the hepatitis B vaccine and partly as immigration from areas with endemic hepatitis B have slowed.  In recent years, though, hepatitis B rates have leveled off, and in three states hit hardest by the opioid epidemic — Kentucky, Tennessee, and West Virginia — rates increased.

A closer look at risk factors

The other big risk factors for liver cancer are fatty liver disease, both alcohol-related and non-alcohol-related. And the biggest risk factors for non-alcoholic fatty liver disease are obesity and metabolic syndrome, the cluster of conditions that include high blood pressure, high blood sugar, high triglycerides, low HDL cholesterol, and excess body fat at the waist. Again, obesity and metabolic syndrome rates in rural areas have outpaced urban ones.

“Liver cancer is complicated because there are all these steps to acquiring the risk for it,” Zhou said in an interview with AHCJ. “It’s injection drug use, followed by hepatitis C, followed by cirrhosis — there’s so many different steps to getting there.” And each of those steps is an opportunity for poor health care access, low health literacy, and related factors to reduce rural residents’ likelihood of getting diagnosed and treated.

Hepatitis B has a vaccine, hepatitis C has a cure, and metabolic syndrome can be treated with lifestyle modifications or, in some cases, gastric surgery. The biggest barriers to rural care, then, are awareness and access. One program aimed at addressing these obstacles is Project ECHO (Extension for Community Healthcare Outcomes), funded partly by the federal government and the Robert Wood Johnson Foundation. The project, initiated in New Mexico, brings primary care providers from rural areas to academic centers to learn how to identify and treat different conditions, including hepatitis C.

“You don’t need these rural patients to travel 200 miles from urban centers to get treatment,” Zhou said. “More and more of the wide availability and prescribing abilities of primary care providers for patients is, I think, really the solution to screening and treatment of hepatitis C in all areas. Increasing the infrastructure for that increase in education for primary care providers in rural areas around the treatment of hepatitis C and empowering them to do that treatment is actually a fairly easy solution for hepatitis C.”

But things are more complicated for fatty liver disease and metabolic syndrome.

“The next step, which is the harder step, is educating providers, as well as the general public, about the link between obesity and alcohol use and sources of cancer,” Zhou said. “I still think that’s pretty underrecognized in the public.”

The biggest thing journalists can do is raise awareness, Zhou emphasized. The general public and rural providers must understand the links between alcohol, obesity, and cancer as well as the risk of metabolic syndrome and fatty liver disease. They need to know hepatitis screening guidelines and how to get care for hepatitis C.

Finally, those writing about the opioid epidemic may want to address some of these downstream effects that many don’t think about.

Journalists may find these resources helpful when reporting on liver cancer and rural-urban disparities in liver cancer risk factors: