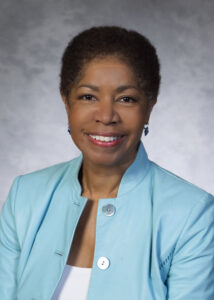 A new Joint Commission campaign encouraging people to report health care discrimination could give journalists a window into how hospitals and medical groups are tackling this problem.

On Oct. 5, the commission announced an expansion of its long-running “Speak Up Against Discrimination” program with a new campaign to address discrimination. Since 2002, the Speak Up campaign has worked to help make patients and health care professionals more aware of issues including the risk of errors with prescribed drugs and preventable falls.

The Speak Up campaign is a step toward larger and long-term efforts to address systemic racism in U.S. medical care, said Ana Pujols McKee, M.D., executive vice president and chief medical officer, chief diversity, and inclusion officer of the commission.

Leaders in hospitals and medical offices need to commit to identifying and addressing racism and other forms of discrimination in their organizations, McKee told AHCJ. Medical staff and hospital administrators may not understand how frequently their patients receive poor treatment because of prejudices, she explained.

In many cases, health care professionals may not be aware of biases that could negatively impact their patients’ quality of care. However, when patients feel more confident about reporting discrimination during their medical care, leaders of health care organizations will receive the feedback they need to make changes and combat these prejudices, she said.

“In many ways, we’re asking people to change their hearts,” McKee said. “That’s the transformation that we want. We have to accept that it is a big challenge. It’s not going to happen overnight.”

The new Speak Up campaign includes several recommended steps that patients can take if they experience discrimination and substandard care, including:

If the issue remains unaddressed and the organization is accredited or certified by The Joint Commission, a patient safety concern can be reported to its Office of Quality and Patient Safety.

The Joint Commission is recommending hospitals post its Speak Up infographics in waiting rooms, inside and by elevators, and in the cafeteria or break areas. These materials should also be included with admission packets, featured in hospitals’ newsletters and websites and shared at staff safety meetings. And the campaign video should play in waiting rooms or treatment rooms and on the televisions in patients’ rooms.

Hospital executives need to realize how much the reputation of their institutions can be harmed by episodes of discrimination in medicine, McKee said. People are using Twitter and other forms of social media to report cases where they have been abused or received less than adequate care.

“From a public relations point of view, this communication picks up momentum and it’s very damaging for organizations,” McKee said.

A possible news angle for reporters

Journalists can ask their local hospitals whether they plan to use the Speak Up materials. McKee urges journalists to do stories about people who have experienced discrimination in their care to raise awareness of the risks people face and the paths they have for reporting these incidents. She cited as a good example a September story in the Philadelphia Inquirer, “For patients fighting sickle cell disease, finding compassionate care is part of the battle.”

The commission’s campaign is intended to help patients report discrimination. This is not an easy step for many people, so it’s important to help give them confidence that they will be heard, McKee said,

“Imagine being on the receiving end and having your life in the hands of someone who puts you down because of who you are,” she said. “That’s an enormous injury.”