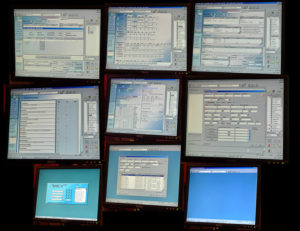 With so much focus — and rightly so — on COVID-19, it’s understandable that even the best health care journalists have overlooked a critically important patient safety story, one that few I know had even heard about.

On April 5, 2021, the federal Information Blocking rule went into effect, allowing basically anyone who provides health care, “defined as “actors,” to release electronic health records in 16 categories such as summary visit notes, lab and pathology reports, and imaging studies to the patient’s health portal as soon as they are available electronically. According to the rule, that means even before the doctor has had a chance to review them, and before the provider has had a chance to explain or discuss what’s in those documents with the patient. Talk about a huge culture shift.

Patients have always had the right to see their medical records under the Health Insurance Portability and Accountability Act (HIPAA), but providers had 60 days to get to them, and could delay for another 30 days. The process was often difficult and cumbersome. After all, HIPAA came into being time when records were mostly on paper.

Until April 5, most of my doctors didn’t release these documents to me electronically. Some emailed a pdf or snail-mailed a paper copy. If I wanted to send that document to another provider, I could not do it electronically unless I photographed it and sent a jpeg. And then, most providers said they had no HIPAA-compatible way to receive it. That is not only passé, but it’s against the law.

Now that patients can see what their doctors know and have recorded, they are sure to see errors. Some of them could be very serious and could result in delayed diagnoses or incorrect follow-ups, like a note that says the patient had an appendectomy when they did not.

If my own experience is representative, patients may see dozens of errors. One of my doctor’s summary visit notes contained 19 errors and a whole section that made no sense.

Errors, which Heather Gantzer, M.D., M.A.C.P, told me occur in “100% of medical records” can include wrong medications, old problems listed as current problems, a statement that a procedure was performed when it was cancelled and ICD-10 codes for conditions that had nothing to do with the reason the patient went to the doctor in the first place.

In one of my three stories for MedPage Today, I used examples of errors from my own health records. I was said to have taken antibiotics when I hadn’t, (which suggested that I did not have a bacterial infection when I might have had one). It also claimed that I was suffering from “abnormal weight loss” when for three months I had been on an aggressive diet and exercise program — at my doctor’s urging — with a new Peloton bike and had proudly lost 30 pounds.

There are drop-down menus the computer inserts — perhaps to enhance billing codes so the provider receives the amount of money their services deserve — all of which have no bearing on reality.

After talking with my friends and fellow reporters, even sophisticated health care journalists, I realized that very few people — especially those of us who are older or not as digitally savvy — are bothering to access our health portals. It probably requires a specific request to the provider’s office manager to register and log in with a password. Maybe we just think the doctor will get it right, or the doctor knows what’s important for us and will tell us on a phone call or maybe during our next visit. Or maybe there is a fear that we would not understand medical jargon.

I have spoken to many doctors who don’t like this new rule, which is designed to change the balance in the doctor-patient relationship so that patients are empowered with their health information. It also provides a much greater opportunity for patients to see and fix what the doctor got wrong. Providers want the option to hold back notes for somewhere between 24 and 72 hours to give themselves a chance to contact the patient and explain the finding as well as their options.

According to the federal Office of the National Coordinator, this is doable as long as the patient gives prior consent for the doctor to delay. Otherwise, the doctor is in violation of the Information Blocking rule.

Of course, there are still concerns about how the rule will play out. For starters, federal officials have yet to explain how they will enforce the law or punish doctors who refuse to make records available. There are still some doctors who insist the records are the property of the practice, not the patient. And there are health equity concerns as well. Patients who have fewer electronic capabilities or limited internet access may not be able to get into their online portals in the privacy of their own homes.

Check out these three stories that I wrote about this issue for MedPage Today. You may want to localize a story about how health systems or physician practices are trying to deal with the new law. Or maybe you will learn that they are not, and like many doctors I know, are simply ignoring it.