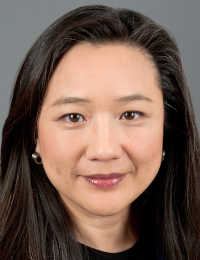 Editor’s note: This is the second of two articles on reframing the debate about low-benefit treatments. Part one published on Thursday, August 19.

The legacy of racism in medicine may make patients wary of physicians who attempt to dissuade them from treatments and tests considered likely to offer little or no benefit, according to the authors of a May article in Health Affairs, “Time To Set Aside The Term ‘Low-Value Care’ — Focus On Achieving High-Value Care For All.”

Better to scrap the term “low-value care” and start over with language emphasizing the need for equitable access to care and treatment of Black and Latino people, wrote the authors, Danielle J. Brooks, director for health equity at AmeriHealth Caritas; Carmen E. Reyes, the community outreach director for the UCLA Value-Based Care Research Consortium, and Alyna T. Chien, an assistant professor at Harvard Medical School.

Doctors and other medical professionals often dismiss questions about services deemed to be of low value or offer vague answers about how these treatments and tests may be “wasteful” without explaining why, wrote Brooks and co-authors.

“This can leave patients wondering whether care is being withheld for more pernicious reasons including bias, rationing, rejection, and racism,” they wrote. “This skepticism is particularly prevalent and acute in African American and Latinx communities, whose current and historical experiences have diminished their trust in the health care enterprise.”

In a telephone interview with AHCJ, Brooks emphasized a need to deeply understand concerns that Black and Latino patients may have based on previous bad experiences with medical care. Clinicians need to take care to focus on benefits and risks for the particular patient with whom they are speaking and avoid using terms like “low-value care,” especially for those who may not have adequate access to services.

Low-value care “very much sounds like a business arrangement versus a central opportunity to provide care for the patient,” Brooks told AHCJ.

Another of the paper’s authors, Chien of Harvard, spoke with AHCJ about the challenges for physicians in these discussions. It can be difficult to help patients understand which treatments and tests doctors recommend for their patients — and which they don’t. There’s a natural tendency for patients to think more tests, for example, is better without considering that in some cases these may contribute little to maintaining their health or identifying disease, she said.

“Sometimes more information is a distraction, and it can make you worry about things that you should not be spending your time on,” Chien said.

Using the term “low-value” care puts too much emphasis on finances, further complicating discussions with patients, she said.

“When people talk about value, money’s already in the equation, then they feel like you’re just trying to be cheap” when avoiding treatments and tests likely to offer little benefit, Chien said.

There have been major efforts in recent years to help consumers and medical professionals take a more skeptical look at whether medical treatments and tests are likely to benefit patients. These include the work of the nonprofit Lown Institute and the Preventing Overdiagnosis campaign. JAMA Internal Medicine began its “Less is More” more than a decade ago. This series highlights research addressing ways in which inappropriate treatments can harm patients and raise the costs of health care.

In 2012, the American Board of Internal Medicine (ABIM) Foundation kicked off its Choosing Wisely campaign. ABIM works with medical societies to help patients avoid tests and treatments considered unlikely to help them. These collaborations have resulted in a series of recommendations to help guide decisions on many aspects of medical care, including reasons to avoid opioids for back pain.

But the results of these efforts to date have been somewhat limited, according to a paper, published in February in JAMA Network Open, Trends in Low-Value Health Service Use and Spending in the U.S. Medicare Fee-for-Service Program, 2014-2018.

This study drew from claims information for more than 21 million people enrolled in Medicare. The study found the percentage of people who received any of 32 services considered to be of low value dropped only from an estimated 36.3% in 2014 to 33.6% in 2018, reported John N. Mafi, of the Rand Corp. and the David Geffen School of Medicine at the University of California, Los Angeles, and his co-authors.

And during this time, there was an increase in use of some low-value treatments. Opioid prescriptions for acute back pain, for example, rose from 154.4 per 1,000 in 2014 to 182.1 per 1,000 in 2018 among the study group, despite the well-documented risks of these medicines.

“While educational efforts, such as the Choosing Wisely campaign, are important for raising awareness of the problem among clinicians and patients, additional efforts will be needed to significantly curb low-value care use and spending in light of our findings,” Mafi and colleagues wrote. 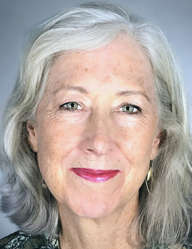 Separately, another two leaders in efforts to curb low-value care argued for shifting the emphasis of these discussions from the financial aspect to the potential for complications and injuries due to low-value care.

In a March article in The BMJ, “Better understanding the downsides of low value healthcare could reduce harm,” Shannon Brownlee of the Lown Institute and Deborah Korenstein of Memorial Sloan Kettering Cancer Center argued that an overemphasis on costs hampers efforts to reduce medical treatments and tests judged to have little benefit for patients.

“Why has progress been so slow? Thoughts of `waste’ may have limited salience for both clinicians and patients,” they wrote. “For patients, any discussion of waste and, by extension, overuse might seem like a thinly veiled attempt to deny needed care.”

Changing the terms of the debate may require more evidence of harm connected to low-value care, according to Brownlee and Korenstein.

“If clinicians were to view overuse as a matter of safety rather than money, they might feel more motivated to avoid it,” they wrote.

Brownlee was among the authors of a July paper in JAMA Health Forum that presented an estimate of risk associated with low-value care, as discussed in this blog post.