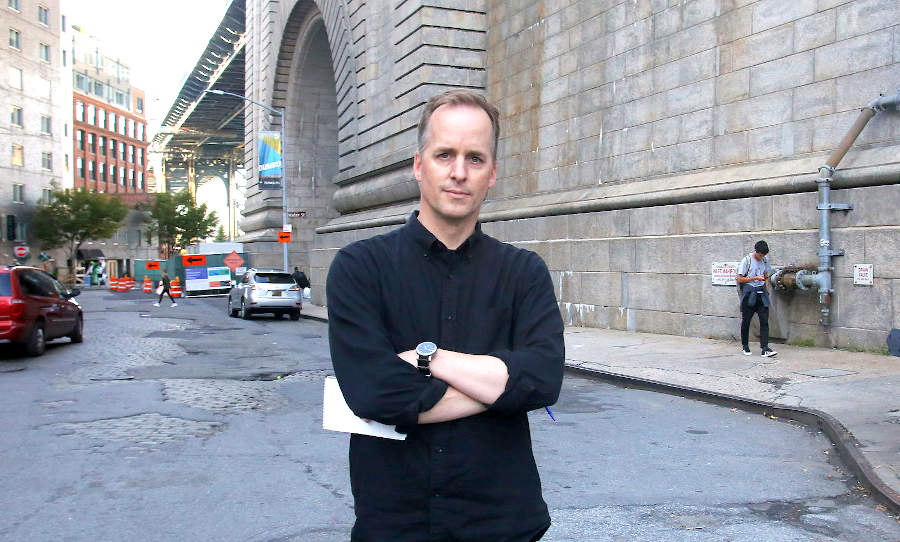 One of the themes in journalist Marshall Allen’s book is that few American leaders — neither politicians nor the chief executives of American companies — have been willing to fight back against high and rising health care costs. Therefore, the work of taking on the medical industry and health insurers falls to consumers, writes Allen, an award-winning investigative journalist for ProPublica.

His book, Never Pay the First Bill. And Other Ways to Fight the Health Care System and Win, came out June 22 from Penguin Publishing Group, a division of Penguin Random House.

In an interview for this AHCJ How I Did It, Allen talks about this theme and explains that as health care journalists, we often write about health policy proposals aimed at solving the problems of high and rising costs, but the eventual solutions too often fall far short.

“To be honest, no one is coming to our rescue,” Allen said. “We keep watching and hoping that our elected officials will figure it out. But they haven’t yet.

“We keep thinking that maybe the health insurance and the care system itself will solve these problems by introducing accountable care organizations, value-based payments, or evidence-based medicine,” he added. “But they haven’t — at least not yet.” 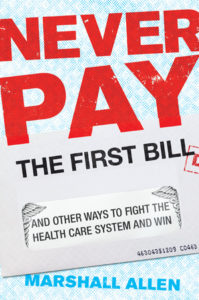 For 15 years, Allen has covered health care and health insurance. In that time, he’s seen a pattern we all know too well: Proposals from policy experts sound great but may not even make a dent in rising health care costs. Over the past two decades, such costs have risen faster than the rate of inflation. “In that time, we’ve seen costs get passed along to consumers, and those costs are breaking consumers financially and bankrupting them,” Allen said.

At the same time, the U.S. health care system wastes about a third of all spending on high administrative costs and a complicated claims-payment system, he noted. Also, as many of us have written, about 10% of all health care spending is wasted on fraud.

“If elected officials and the people who run the health care system wanted to solve these problems, they would,” he told me. “But we don’t have that. Instead, we have a system that’s set up not to help the public.”

One of his goals with the book is to bring attention to these problems and help consumers implement the solutions he offers. “I hope it will be instructive for consumers and employers and health care journalists,” he said.

“Actually, the most fun I had in working on this book was identifying what people could do about these problems,” he said. “My method for doing that was to find experts, who most often were insiders who found ways to fight the system and win.”

Once he had an insider, he made them the main characters in each chapter. “That way, we could look at them almost as if they were pioneers blazing a trail for the rest of us,” he noted. “We can follow their lead and learn from them by employing some of their strategies and thus save ourselves some money.”

Another important theme in the book is how both health care itself and the health insurance system seem to be rigged against consumers. In the HIDI, he explains how he and other journalists could address this challenging topic.