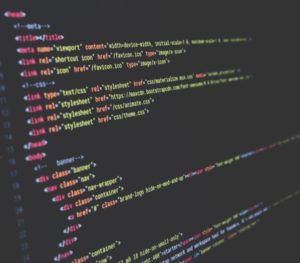 If it seems as if you’ve been reading more about data breaches of hospitals and health care organizations lately, you’re not imagining it.

Between 2009 and 2020, 3,705 health care data breaches involving 500 or more records have been reported to the Department of Health and Human Services’ Office for Civil Rights, according to an article in HIPAA Journal. Those breaches resulted in the loss, theft, exposure or impermissible disclosure of over 268 million health care records. The average number of breaches per day in 2020 was 1.76.

Data breaches can be defined as any impermissible use or disclosure that compromises the security or privacy of protected health information. HHS maintains an updated list of all breaches reported in the previous 24 months. It can be searched by covered entity, state, date, and number of people affected. Most of the 834 incidents listed as of July 20, 2021, appear to have resulted from hacking, although others have resulted from improper disposal of paper and films, loss or theft of records, and unauthorized access or disclosure.

Here are a few incidents from just the past few months:

Health care breaches don’t come cheap. The average cost of a health care data breach is $7.13 million, according to a recent IBM report.

Why is this happening?

Several factors are contributing to the rise in breaches, according to Dean Sittig, Ph.D., a professor of biomedical informatics at the School of Biomedical Informatics at UTHealth in Houston, and coauthor of a 2016 paper on ransomware attacks. For one, more devices such as infusion pumps and pacemakers are outfitted with network connections that allow them to communicate, often via the Internet, with hospital records. This is known as the Internet of Things (IoT). It’s great for generating data but does add more potential portals for hackers or leakage of information.

Another is the rise in employees having access to health care information, even from their homes or mobile devices. This increased dramatically during the COVID-19 pandemic.

Computers have thousands of ports, like doors, Sittig explained during a recent phone interview. Most are locked but some are open, allowing you to access the Internet, send email or get to an electronic health record. “If you don’t have those managed correctly, it’s easy for someone to run a program to get into those ports,” he said. “Just by making the information more accessible to authorized users, by definition we’ve made it more likely to get breached.”

Security of information and ease of access are at opposite ends of a seesaw, he said. As a result, organizations are always trying to balance keeping workers happy and productive while doing the best they can to secure information.

When employees are the source of a breach, it could be because the person is disgruntled or looking to make money by selling patient information. Or it could be innocuous, like someone concerned about a friend’s health who accesses their files and finds information they shouldn’t, or someone lured by a phishing scheme to provide their user name or password to an outsider.

When reporting on data breaches, keep in mind that not all disclosures are the same, Sittig said.

“If the hospital loses a list of patients and phone numbers, that’s a breach,” he said. “But that’s not the same as losing my name and a list of all my medications, or any alcohol or drug abuse treatment history. You want to know, to the best of their ability, what information got out.” If the provider is unsure, he said, assume all information has been compromised.

Other questions to ask are about how secure or how recent the information was, Sittig said. Information that’s 10 years old may not be as damaging as current data. How many patients were affected, and what is the organization going to do to remedy the situation? Some hospitals have offered free credit monitoring services to those impacted by breaches. If you find yourself the recipient of a breach notification, consider monitoring your own credit as well.

Reporting on these cases helps educate the public as well as other health system employees, Sittig said. Chief information security officers (CISOs) and patient safety officers in hospitals are good people to contact for additional perspective.