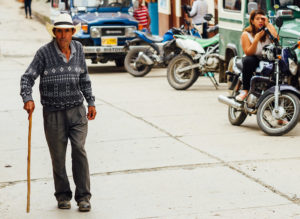 Falls are the leading cause of injury and death in older adults. Those with cognitive impairment are two to three times more likely to fall than those who are cognitively intact. We also know that certain medications can increase the risk of falls in older adults. According to researchers at Texas A&M University, those with dementia who regularly took pain medication and those with probable dementia who took pain medication two or more days a week in the prior month were more likely to fall compared to those without dementia, according to the researchers.

A recent study examined a national sample to identify the relationship between pain medication use and falls among older adults based on their cognitive status. Using data from the National Health and Aging Trends Study, the team analyzed associations between pain medication use and recent falls by cognitive status. Among the 7,491 community-dwelling participants in the study, 8.3% had possible dementia and 8.2% had probable dementia.

People living with dementia took medication for pain more frequently than those without dementia, according to lead author Aya Yoshikawa, a postdoctoral research associate at the Center for Population Health and Aging of Texas A&M University. People living with dementia were more likely to report at least one fall in the past month and worry about falling and balance/coordination than those without the disease. Among people with probable dementia, those who took pain medication two or more days a week also increased their likelihood of falls after controlling for sociodemographics and health characteristics.

Researchers concluded that more specific assessments and tailored interventions are needed to address the risk of cognitively impaired elders, particularly if they take pain medication regularly. The study appeared in the March issue of Age and Aging.

Meanwhile, researchers at the University of California San Diego School of Medicine found that functional impairments among adults aged 50 and older are associated with a higher risk of medical cannabis use and prescription opioid and tranquilizer or sedative use and misuse.

“Many older adults use these substances due to chronic pain, insomnia or anxiety — conditions that can affect daily functioning,” said lead author Benjamin Han, M.D., a UC San Diego clinician-researcher in the division of Geriatrics, Gerontology and Palliative Care. “These symptoms can be challenging to manage, especially in the setting of multiple chronic conditions and other prescribed medications,”

Use of prescription opioids and benzodiazepines can be risky in this demographic since the side effects can increase the risk for falls, and overuse can lead to overdose or even addiction.

The study analyzed data from participants age 50 and older from the 2015–19 National Survey on Drug Use and Health. Participants were asked about their use of cannabis, prescription opioids, tranquilizers or sedatives in the past year, as well as the presence of any functional impairments.

The study found that adults age 50 and older reporting medical cannabis use, prescription opioid use and misuse, prescription tranquilizer or sedative use and misuse were more likely to report an impairment. In addition, older adults with impaired thinking were at greater odds of reporting the use of each of the three substances for both medical and non-medical use.

“Prescription opioid and benzodiazepine misuse can be dangerous among this demographic regarding an increased risk for falls, exacerbation of chronic diseases, and overdose,” the researchers concluded. They called for better comprehensive screening, evaluation, and treatment for pain, anxiety, and insomnia for adults 50 or older with impaired function.

The research appeared in the May 2021 issue of the American Journal of Preventive Medicine.

Journalists may want to use one of these studies as a basis for investigating the use of prescription and non-prescription pain medication, medical or recreational cannabis use and access available data on hospital visits due to falls or treatment for substance use disorders. AHCJ’s tip sheet on cannabis use and older adults or this one on OTC pain reliever risks can help frame your reporting.