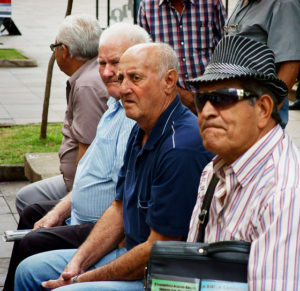 One in seven Americans is now 65 or older, comprising an increasing share of the U.S. population, according to the latest Profile of Older Americans. The annual summary of vital statistics from the Administration on Community Living (ACL) illustrates the shifting demographics of community-dwelling elders, including income, living arrangements, education, health, and caregiving. The summary also includes special sections on COVID-19 and mental health.

The report is based primarily on data from the U.S. Census Bureau, the National Center for Health Statistics and the Bureau of Labor Statistics. They found:

The racial and ethnic makeup of the population is changing, too:

Physical issues were of concern as well. In 2019, 19% of adults 65 and older said they could not function at all or had a lot of difficulty with at least one of six domains: vision, hearing, mobility, communication, cognition or self-care. The good news is that nearly all (96%) people said they had a usual place to go for medical care, and only 3% said that they failed to obtain needed medical care during the previous 12 months due to cost.

The poverty rate declined among older adults between 2018 and 2019 (from 9.7% to 8.9%); however, nearly 1 in 10 older people (4.9 million) live below the poverty level. Another 2.6 million were considered “near-poor.” Poverty rates were highest for older adults living in:

Perhaps not surprisingly, a higher proportion of African American, Asian American, and Hispanic elders were poor than their white counterparts. In addition, more older women than men and more people who lived alone than with family were also poor.

Many older adults still work — by choice or by necessity. In 2020, 9.8 million Americans age 65+ were in the labor force (working or actively seeking work). This is a decrease from the 10.7 million (20.2%) older adults in the labor force in 2019. However, the report also noted that at the start of COVID-19 — between March and April 2020 — the unemployment rate for adults age 65+ more than quadrupled.

Mental health among older people remains a concern. In 2019, 13% of people age 65 and older reported taking prescription medicine for feelings of worry, nervousness, or anxiety and 12% reported taking prescription medicine for depression. COVID-19 has taken a toll on mental health as well, with older adults reporting an increase in symptoms of anxiety or depression. Among those age 80 and older, this increase occurred most dramatically between late 2020 and early 2021. However, compared with younger age groups, a smaller percentage of older adults 60 and older reported symptoms of anxiety or depression.

The mental effects of the pandemic continue. Recent surveys show:

There’s a wealth of story ideas in the report for journalists. For example, you can compare your state to others in terms of population, poverty rates or health costs. What programs are in place to help older people find jobs? How is your state addressing poverty among older people in times of tightening budgets? And, what are they doing to help older people cope with the serious issues of anxiety, depression, loneliness and social isolation?