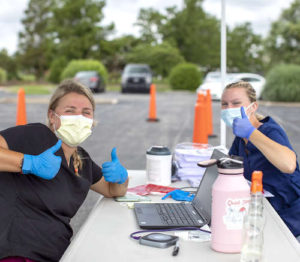 A federal appeals court in Boston has upheld the right of a hospital employee to speak to the media, in a case likely to ripple across the private sector and make it harder for employers to issue blanket gag orders.

The U.S. Court of Appeals, First Circuit, ordered a Maine hospital last month to repudiate a rule that barred employees from answering inquiries from the media or providing information without the “direct involvement” of the Community Relations Department. It also ordered the hospital to reinstate an employee who was fired after writing a letter to the local newspaper that described staff turnover and morale problems.

The ruling could serve as a news hook to write stories about private hospitals that have forbidden employees to talk to the media, suggested Frank LoMonte, director of the non-profit Brechner Center for Freedom of Information at the University of Florida College of Journalism and Communications. Many hospitals have in place policies similar to the one that the Maine hospital was required to take down.

“Publicize the illegality at every opportunity,” said LoMonte, a leading national free-speech expert.

However, journalists may find that some hospital public information officers don’t know about the ruling, since it has stirred little national coverage, except for a detailed Courthouse News Service piece. Another little-known fact: The free speech of public employees is protected under the First Amendment.

“Reporters have long been frustrated when employees can’t talk for fear of losing their jobs. Such gag orders are unjust and unseemly — and often illegal — and yet many major institutions impose them,” said Felice J. Freyer, AHCJ vice president and chair of the association’s Right to Know Committee. “The next time you encounter this kind of roadblock, let your sources know about this ruling.”

The First Circuit ruling is especially timely because health workers

have been fired or reprimanded after drawing attention to what they called shortcomings in Covid-19 protection:

The Boston court ruling is rooted in the 2017 letter to the editor written by Karen-Jo Young, then an activities coordinator at Maine Coast Memorial Hospital in Ellsworth, Maine.

“No wonder there is unrest and uncertainty at our hospital,” she concluded.

After her firing, Young maintained that her letter was a “concerted activity” protected by federal labor law. Her case was taken on by the National Labor Relations Board, which ruled 3-0 on her behalf. The First Circuit court on May 26 unanimously supported that ruling.

Young was a non-union employee, but the National Labor Relations Act applies to nearly all private workplaces. Her former employer told the Bangor Daily News that it would  comply with the decision although it is disappointed in its contents.

That decision technically is not legally binding outside the First Circuit, which comprises Maine, Massachusetts, New Hampshire, Puerto Rico and Rhode Island.

Even so, a binding decision by a circuit-level court automatically draws the attention of lawyers and judges across the nation, LoMonte said.

“If you are a corporate lawyer who advises clients on labor-relations policies,” he said, “you have to be on notice that any employer is playing with fire in enforcing a no-talking policy.”