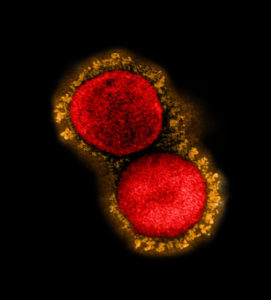 For global health reporters watching for the next COVID-19 story, health officials warn that all eyes should remain on Africa, where COVID-19 could spread uncontrollably.

Though the surge of COVID-19 cases that occurred in South Africa earlier in 2021 has somewhat eased, there is potential for new variants of the SARS-CoV-2 virus to enter Africa via visitors other hotspots, such as India, and quickly overwhelm already weakened health systems in many African countries.

“A lot of countries actually assume that the worst is over because (they think) the African population for some reason is different, (that) it is a young population (or there were) prior infections or something (that) might have protected them innately … but Africa is not out of the woods yet,” University of Wisconsin-Madison professor of medicine Dawd Siraj, M.D. said during a May 12 Infectious Diseases Society of America briefing on global health and COVID-19. “Look at India; everyone assumed India had dodged a bullet and now look at what is happening. My fear is that the worst is yet to come” in Africa.

According to Africa Centres for Disease Control and Prevention, there were 4.7 million cases of COVID-19 reported in 55 African countries and 127,352 deaths as of May 19. Most of the cases have been in South Africa, Morocco, and Tunisia. In comparison, India has reported 25.8 million cases and 287,122 death and the United States has reported 33 million cases and 587,884 deaths, according to the Johns Hopkins University & Medicine Coronavirus Resource Center.

Siraj, who specializes in infectious diseases and global health, said he thinks the COVID-19 case numbers are lower in African than the rest of the world because many African countries aren’t testing for COVID-19 and because health systems are not don’t have the information technology infrastructure for robust data collection. But SARS-CoV-2 variants from India, which are more transmissible than the original virus, have recently been found in countries like Morocco and Uganda and Siraj sees that as a worrisome sign. In addition, death rates from COVID-19 have been rising over the past month in Africa, says the BBC.

“Complacency (about COVID-19) is not an option at this time,” Richard Mihigo, the head of immunization at the World Health Organization Africa office, told the BBC.

Global health leaders are urging the United States and the WHO to get vaccines more quickly to head off the potential of worsening the pandemic in Africa. In conjunction with the Global Vaccine Alliance and the Coalition for Epidemic Preparedness, the WHO is working to fill the gap between rich and poorer countries with the creation of the COVAX COVID-19 Vaccines Global Access Facility to get vaccines to African countries.

In February, President Biden pledged the U.S. would donate $2 billion to COVAX to help speed up the purchase and delivery of COVID-19 vaccines to more than 100 middle and low-income countries. Biden pledged an additional $2 billion over the next two years as part of an international commitment to supporting global health measures. But these actions aren’t enough, according to some global health experts.

Now that the U.S. has produced enough vaccines to protect its citizens, The New York Times published an editorial on May 14, urging the U.S. should now send doses overseas as part of its “moral duty.”

“Instead of a bold, comprehensive strategy to vaccinate the world as quickly as possible, the Biden administration has thus far made a string of tactical decisions: donating millions of doses to countries in need, signaling its support for patent waivers that might expedite vaccine production efforts and nudging two companies — Merck and Johnson & Johnson — to collaborate on increasing supply,” the editorial said. “These are good steps, but they are not nearly sufficient to meet the moment.”

For more resources for covering the global vaccine story, see this AHCJ Tip Sheet from March 2021, which has been updated. Also check out this replay of the IDSA webcast.