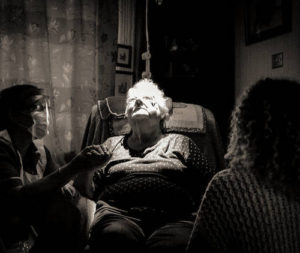 The latest annual report on America’s seniors finds older adults showed improvement on clinical measures like access to quality health care and preventive services, especially flu vaccination rates. But these improvements are tempered with some serious challenges: those over 65 also had several worsening behavioral health outcomes, including increases in drug deaths, suicides and frequent mental distress.

And, despite successes in certain clinical measures, health improvements for older adults were not felt equally across the country. For example, populations in rural states and certain racial and ethnic groups faced more significant hurdles than their urban, white counterparts, according to America’s Health Rankings, who published the analysis in May. (Don’t miss our AHCJ panel on rural aging on Wednesday, June 23, 2021, at 12:10 pm ET.

The pandemic “has highlighted the social impact challenges seniors face from increased isolation, underscoring the impact it has on overall health,” said the report’s authors.

This report is a treasure trove of information about the health of older adults nationally, as well as on a state-by-state basis (pdf). The rankings model includes four drivers, or determinants of health: social and economic factors, physical environment, clinical care and behaviors, all of which influence the fifth driver, health outcomes. Rankings are based on the World Health Organization definition of health: “a state of complete physical, mental, and social well-being and not merely the absence of disease or infirmity,” according to AHR. (Note that data for the Senior Report 2021 was primarily gathered and analyzed before the pandemic.)

However, there are still numerous challenges to address:

The majority of the measures in the report use data from 2019 and can serve as a baseline for the health of older Americans before the COVID-19 pandemic. It included 49 measures of population health from 22 unique data sources, such as the Centers for Disease Control and Prevention’s (CDC) Behavioral Risk Factor Surveillance System, the Administration on Aging’s State Program Reports and the U.S. Census Bureau’s American Community Survey. The report also drills down to expose differences by gender, race/ethnicity, education and income. This analysis often reveals differences among groups that can be masked by national or state aggregate data, according to the report’s authors.

Older adults now account for about 16.5% of the nation’s population, with the largest numbers of those 65+ living in Florida, Maine and West Virginia. Some 450,000 seniors died from COVID in the U.S. as of May 5, 2021, according to CDC data. The pandemic has disproportionately affected certain racial and ethnic groups, further reinforcing many longstanding disparities noted in the report.

The report was developed by the United Health Foundation in partnership with the Gerontological Advanced Practice Nurses Association (GAPNA). Unlike prior years, the 2021 edition did not include an overall list of state rankings, due to the challenges COVID-19 presented. Instead, the organization said detailed information will go to the states to help them better manage their area’s specific public health needs.

However, journalists can use the information provided about the highest and lowest category rankings to compare states on their own. You may want to explore public health officials’ reaction to the rankings, which indicators are priorities in the coming year or years, and what achievements or gains of which they are most proud.. How will (or has) COVID-19 affected their plans to improve determinants of health?