About Bara Vaida and Tara Haelle

View all posts by Bara Vaida and Tara Haelle → 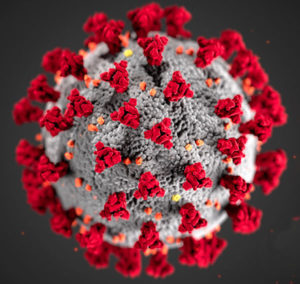 There have been a number of stories in the past few weeks about people who became infected with COVID-19, even after they have been fully vaccinated. Data on “breakthrough infections” are important because it indicates to public health officials how effectively the vaccines are working, including how well they block transmission and if and when booster shots may become necessary.

But without full context, these stories also risk amplifying the perception that the risk of getting sick is still high, even if you are vaccinated.

According to the CDC, the definition of breakthrough infection in the context of COVID-19 is someone who becomes infected two weeks or more after completing the series of Food and Drug Administration authorized vaccines.

Breakthrough cases have been expected from the start. The COVID-19 vaccine, like every vaccine, isn’t 100 percent effective. The Pfizer/BioNTech vaccine was 95 percent effective against severe disease in the clinical trials, which means those who received it were 95 percent less likely than an unvaccinated person to develop an infection if exposed to the SARS-CoV-2 virus. Updated real-world data announced in early April confirmed that rate and showed the vaccine was effective as well against the South African variant (B.1.351).

As of April 20, 45 U.S. states and territories reported 7,157 breakthrough infections to the Centers for Disease Control and Prevention. As of that same day, 87 million Americans are fully vaccinated, according to the CDC. On the one hand, comparing these numbers suggests that the vaccines are ridiculously more effective than seen in the clinical trials—it looks as though only something like 0.008% of all those vaccinated developed an infection. But framing it that way (as some outlets have done) is just as misleading as framing the story as though loads of vaccinated people get the virus “anyway.”

The reality is somewhere between these extremes (though certainly closer to the lower percentage one). As the CDC notes on their page tracking breakthrough infections, their reports of “cases will represent an undercount” of the total actual cases in vaccinated people. That’s because their surveillance system is a passive one—it relies on state health departments voluntarily reporting data on infections rather than proactively collecting all data through a centralized system.

Further, even if every single public health department in the U.S. did report all cases in vaccinated people to the CDC, the number of breakthrough cases would be underestimated. That’s because some people will have asymptomatic infections that are never discovered and others may never get tested, especially with testing rates falling across the country.

That said, there is growing evidence of how low the infection rates are in vaccinated people from research that does have a reliable numerator (total infections) and denominator (total vaccinated population). These studies, such as this one from the CDC and these research letters from three hospitals, can provide a more accurate picture of the risk of breakthrough infections so you can put them in context without inadvertently overstating or understating how well the vaccines work.

It is also important to note why some people may be getting breakthrough infections. The CDC says a pathogen may evade a vaccine because of the genetics of an individual’s immune system, or because they had another underlying condition that made the immune system less able to build protection against the virus. It may also depend on the dose of the virus they were exposed to or whether they mounted an initial response to the vaccine in the first place. The CDC notes that 7% of those with breakthrough infections were hospitalized (498 people) and 1% died (88 people), but not all those hospitalizations and deaths were related to COVID-19.

Another possible reason some vaccinated people develop an infection is that they were exposed to a variant with mutations that allow it to “escape” some immune defenses. The three authorized vaccines appear equally protective against the UK variant (B.1.1.7) as against the previous strain, but they are slightly less effective against the South Africa, Brazil and two California variants. Over the past couple of weeks, public health laboratories have ramped up their genetic sequencing efforts to assess what variants may be circulating in the environment, and whether these variants are the cause of an individuals’ breakthrough infection.

Studies show that some variants have reduced the efficacy rate of the COVID-19 vaccine. So far, data has shown that the vaccines provide protection against several known variants.

For now, the number of breakthrough cases reported to the CDC is encouraging in terms of how well the vaccines are working, but it’s important that the public understand what those numbers mean, especially as the number inevitably rises while more people get vaccinated (and more people venture out in public more often).