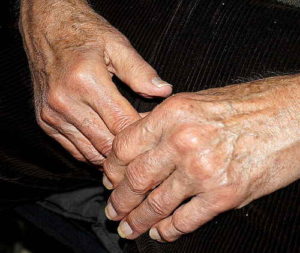 For most of humankind’s existence, the average life expectancy was around 18 years. It’s only in the past century that advances in public health, medicine, and social services have enabled many of us to reach very old age. And we’re still at the beginning of a longevity revolution.

But when it comes to living longer, the United States is only somewhere in the middle compared with the rest of the world, according to the World Health Organization. Although we spend almost twice as much on health care as any other nation, 33 other countries boast longer life expectancies. That’s why we need to consider health span as well as lifespan, rethink how our medical systems care for aging adults and address the need for well paid, well-trained caregivers, according to an expert panel at the opening keynote of the American Society on Aging’s annual conference, which was held virtually this year due to the pandemic.

“If we could match our health span to our life span, we’d have an entirely different ecosystem,” said Ken Dychwald, author and founder and CEO of AgeWave, one of the opening session’s keynote speakers. Dychwald, a gerontologist, psychologist and author, is a prominent voice on the effects of an aging population on the marketplace, workplace and our lives.

Matching health span to life span is one of the main challenges that lie ahead for the population of aging Baby Boomers. Addressing age and health inequality must also be a priority. Among the wealthiest and most entitled Americans, a 50-year-old has an average 15-year longer life expectancy than someone across town who is poorer and struggling with many social determinants of health, Dychwald noted, “This is unacceptable.”

Journalists may want to look at any of the main issues highlighted by the speakers and how — or whether — they are being addressed on the state, county or local levels.

A call for more intergenerational interaction

“We shouldn’t be measuring people by age at all; we should be measuring need, capability, possibilities,” Dychwald said. “I think we need a new purpose for life’s Third Age.”

He called for more intergenerational interdependence in housing, community, educational and recreational programs, similar to Eldera, Generation to Generation and Encore. “I believe we can build a bridge with tomorrow’s multiracial, multiethnic, multigenerational and far more equitable society,” he said.

The pandemic, along with the burgeoning need for more health care workers as baby boomers age, opened a lot of eyes to the plight of the nation’s direct care workforce, according to Ai-Jen Poo, co-founder and executive director of the National Domestic Workers Alliance (DWA) and Caring Across Generations, a national coalition of 200 advocacy organizations focused on the U.S. long term care system and their caregivers.

“We as a nation were wholly unprepared for what was unfolding, what is unfolding, and the pain points are everywhere,” she said. Families and family caregivers are stretched thin trying to manage full-time work, almost full-time care for their loved ones, and caring for their own families. Paid caregivers struggle to care for their own families on a limited income, and consumers cannot get access to quality, affordable assistance, especially in the home and community.

“One of the things we realized is that the care economy is a big part of the economy where there are a whole bunch of people that we have devalued, and in some instances, treated as disposable,” Poo said, and this is especially true for women of color, immigrants, older people, and those with disabilities.

“We’ve somehow designed our economy to undervalue and devalue the things that actually matter most.” Meaningful change, she said, will only come about when we think about and invest in care as essential infrastructure as a public good. “We need a new story about what really matters in our lives and in our economy to live, work and care well, with dignity.”

Kathy Greenlee, former assistant secretary for aging under President Obama, pointed out that too often, vulnerable older adults become invisible and ripe for abuse. It could be at the hands of someone else, like a relative or scammer, or just as often, through self-neglect that no one really pays attention to. Very few professionals are looking for that, she said.

“There are just some people who age in place poorly, who just can’t take care of themselves,” she explained. They may have a physical or cognitive impairment or diminished capacity. Many are isolated but may not be of low enough income that they qualify for certain social services; they’re just disconnected from society. Much of the self-neglect comes from extended isolation and loneliness. Grown children may have moved away, a spouse may have died, and there’s really no one looking after that person, according to Greenlee, a lawyer and policy expert.

Much of this dilemma stems from ageism, she said. “The language we use reveals how we feel as a society,” and we have to find a way to maintain connections, improve people’s lives while still supporting their autonomy.

If any good has come out of the pandemic, it may be that we are at a rare moment of opportunity for a paradigm shift moving away from individual to more collective responsibility, according to Greenlee’s predecessor, Fernando Torres-Gil, Ph.D. He was the first assistant secretary for aging under President Clinton and currently is a professor of social welfare and public policy at UCLA, an adjunct professor of gerontology at USC and director of the UCLA Center for policy research on aging.

“Many of us are tragically left alone to suffer, and the rest of us are just struggling,” he said. “One of the benefits of this great new era is that if we do all the right things, we have the real possibility to live a good long life, well into our 80s, 90s, and to be centenarians.”

Sadly, not everyone will live a good long life, especially in communities of color, but Torres-Gil is optimistic that we’re on the cusp of coming up with a new social contract. He agreed with other speakers that aging services, including Social Security and Medicare, should be determined based on need, not an artificial age construct. “We also need to start thinking about how we invest in these new diverse populations and move beyond the xenophobia, nativism, racism that separates these groups.

However, we need to get our hands around a culture that is in denial of aging, which frequently devalues older people and allows there to be rampant inequality, abuse, and neglect, according to Dychwald, “We need to realize our interdependence.”