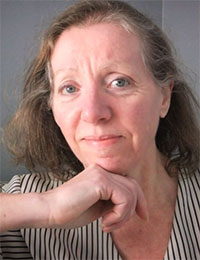 Described by one previous mentee as “brilliant, kind, hilarious, wise,” Begley reported until the very end, filing her final story five days before her death, as her Stat colleague, Eric Boodman, wrote in his moving obituary of this “science writing royalty.” If there was any question how far-reaching and influential her work was, consider that among the outpouring of condolences for her passing were words from NIH Director Francis Collins, physician Atul Gawande, the research institute Fred Hutch, and the National Center for Science Education. Her words could be so enchanting one of her quotes has even been misattributed to Carl Sagan.

It’s not possible to write a better memoriam than Boodman’s, so I highly recommend reading about Begley’s remarkable life in his piece and follow that with the lovely collection of memories from several of her other Stat colleagues. When Begley’s daughter shared the news of her death on Twitter, more than 300 people responded with comments that include many of her most important stories.

To further capture the impact Begley had on both the science journalism profession in general and on her many colleagues within it, we’re sharing below some of the words we solicited from her Stat colleagues and from AHCJ President Ivan Oransky, who worked at Reuters at the same time as Begley. Begley’s incisive, relentless reporting will be missed, but nowhere near as much as she herself will be.

Editors are in some ways teachers, but Sharon taught me far more than I taught her: to mercilessly question conventional wisdom, to always be curious, to write with verve and playfulness — and humanity.

I wrote this about Sharon in a nomination letter for the CASW’s Victor Cohn Prize in 2017 (she was so modest, I had to talk her into letting me enter her, and, of course, she won):

“What really sets her apart from most other science writers, though, is that she combines deep, original reporting with a crime reporter’s metabolism. A former wire service reporter, she craves the adrenaline rush of daily journalism and getting scoops. She’s hardly a ‘just the facts’ reporter, however. Though she’s fast, she packs her stories with context, insight, and prose that captivates readers.”

She once wrote that a molecular tool called a gene drive was as readily available as tea cosies on Etsy. And of neoantigen vaccines being developed to treat cancer, she wrote, “To the immune system they look like the biological equivalent of big neon signs flashing, “CANCER CELL RIGHT HERE!” But when called for, she also wielded a surgeon’s scalpel, In a 2017 story, she marshaled gobs of evidence to assert: “The U.S. health care system is killing adults with sickle cell disease.”

She will be dearly missed, not just by her colleagues and family, but by readers, dozens and dozens of whom have been leaving comments on her obituary saying they’ve been eagerly reading Sharon’s science stories for decades, since she began working at Newsweek in the 1970s.

Sharon and I did not work closely together at Reuters; she was part of “main Reuters” and I ran Reuters Health. But I remember being delighted when I heard the news she was joining Reuters and would be a colleague. Being able to tap into Sharon’s encyclopedic knowledge of health and science was a real privilege, and I know our readers benefited from the insights that appeared under her byline. She was a longtime dean of science writers, and will be missed.

Sharon was so beloved by so many people she crossed paths with. She was a prolific science journalist, but she was quietly so – you would never have known how busy she was, working on a constant stream of brilliant stories, by the amount of time she spent helping all the rest of us. She will be very dearly missed.

Sharon is, without a doubt, the most brilliant person I have ever worked closely with – but she had a way of making everyone around her feel just as brilliant. She treated everyone with respect, she listened to everyone. She had an unshakeable calmness, but she wasn’t aloof – she was relatable, and funny, and sharp as hell. We have lost a mentor, a friend, an unparalleled journalist, and a person who set the bar for how to treat others.

There’s been a lot said in the past couple days about how beautiful and artful – and often hilarious – Sharon’s writing was. But she also understood the complexities of what she was writing about so deeply that her stories were also full of nuance and precision. I think most general readers probably wouldn’t notice, but if you happened to catch an example of this in her work, it was sort of awe-inspiring. It definitely made scientists respect her too. They all knew her and her work, and knew she viewed her job not to be a cheerleader for science, but to interrogate the field and its players just like it was any other beat.

In her stories, Sharon always kept her reader in mind. It was why she worked to include striking metaphors or goofy one-liners. You needed to be able to keep readers’ attention and to keep them engaged – a particular challenge when covering complicated topics – or else they would bail.

One heartening thing in recent days has been seeing how many people Sharon touched through her work. But I’ve been most moved by stories told by her former colleagues and mentees, who so clearly treasured their time with Sharon. I think what she showed was that you don’t need to be loud or have an opinion on everything to be a leader in a newsroom. It’s the work that matters. Sharon earned so much respect from other journalists because of the quality (and also the quantity!) of her stories. But really, at the end of the day, it’s also how you treat people, and how you make them feel. Despite her obvious brilliance and wit, she never made anyone feel less than. In thinking about what I’ll miss about Sharon, I’ll miss who she was the most. The silver lining for me is that she set such an outstanding example of what it means to be a journalist and a colleague – and I can always keep learning from that.

Matthew Herper, Stat senior writer, shared what he wrote on a public Facebook post by Begley’s daughter, excerpted below

Sharon was wonderful. That’s being said again and again because there’s nothing else that can be said that is true.

Growing up, we were a Newsweek house. I always read the science stories, so I always read Sharon. When I decided to do journalism, she was my model in ways that weren’t even conscious. When I finally met her, I was surprised how humble she seemed, and by the joy of her laugh.

What made her stories so good was her ability to intuit what people needed to know. I’ve been in awe, especially during the pandemic, at her ability to answer important questions before any of us knew we had them. There are just so many ways her journalism is irreplaceable. She was a giant in our field and a hero to so many of us. As [Wired editor] Adam Rogers said, she was a reporter’s reporter, the person we all wanted to be like.