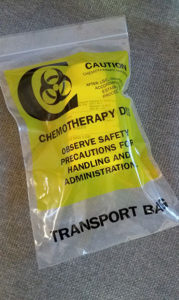 The U.S. Supreme Court this month heard oral arguments in the case of Rutledge v. Pharmaceutical Care Management Association. At issue is the right of states to regulate pharmacy benefit management (PBMs) companies, which employers and health plans hire as middlemen to manage their prescription benefit programs for workers and other plan members.

During oral arguments on Oct. 6, several justices asked about the burden that health plans encounter when PBM regulations differ from one state to another, as Rachel Cohrs reported for Modern Healthcare.

In this case, the PCMA opposes an Arkansas law requiring PBMs to pay pharmacies at least the price that the pharmacy’s wholesaler sets and publishes on its list of maximum allowable cost lists. When the court decides the case, likely next year, the ruling could affect a state’s ability to regulate PBMs, she added. As this blog and others reported in February, the justices are considering whether the federal Employee Retirement Income Security Act (ERISA) of 1974 pre-empts an Arkansas law regulating PBMs’ drug-reimbursement rates.

This case involves more than state efforts to regulate drug prices, however. The Community Oncology Association and groups representing other providers, such as pharmacists, filed an amicus curiae brief in the case in March. “In the brief, community oncology strongly supports the need for states to be able to stop PBM abuses, especially those that are hurting patients with cancer,” the COA said in a statement. “In recent years, PBMs have increasingly inserted themselves between oncologists and their patients, adversely impacting the delivery of cancer care.”

In a new tip sheet, we explain how PBMs use step therapy to deny a physician’s request for a certain medication for their patient and require the physician to prescribe another drug instead. Usually, that other drug is less expensive.

Step therapy also is called “fail first” because the idea is to see if the patient’s condition will improve on the lower-cost drug or if the patient will fail on the first medication the physician prescribed. In such instances, failure can lead to adverse outcomes, and, of course, patients want to get better sooner, which also what their physicians want.

The COA has collected patient horror stories showing how step therapy can slow progress toward recovery, and in some cases exacerbate patients’ conditions. Oncologists have called on states to regulate these PBM middlemen, who get between physicians and their patients and dictate how physicians should deliver care. Some 40 states have passed bills to regulate these management companies. In July, state senators in Massachusetts introduced a bill to regulate the use of step therapy.

The National Academy for State Health Policy reported that in 2018, 21 states passed 32 laws to shed light on what the academy called “the opaque business practices” of PBMs. NASHP does not track state laws regulating step therapy. In an earlier tip sheet, we covered the problems step therapy can cause for patients and doctors.

As Shannon Firth reported for MedPageToday, the current eight justices who heard the Oct. 6 arguments are expected to rule by July. The SCOTUSblog has more coverage of the oral argument, briefs and other documents in the case.