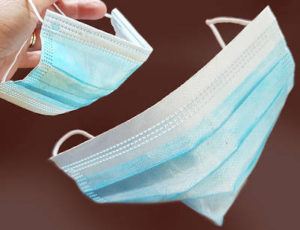 Despite promises from the Trump administration, a recent study confirmed that many nursing homes still lack the necessary resources to address the COVID-19 crisis adequately in their facilities. Analysis from a national database reflecting 98% of U.S. nursing homes found that more than one in five reported a severe shortage of PPE and staff from May to July.

My colleague Joe Burns and I previously highlighted a report from the American Health Care Association and National Center for Assisted Living (AHCA/NCAL) showing that since July 26, 33 states have reported a positive infection rate from coronavirus tests of over 5%.

This new paper, appearing online in Health Affairs ahead of print, is more evidence that even six months into this pandemic, and despite the obvious need for protective gear and worker staffing plans, many nursing homes still struggle with shortages of N-95 masks, protective gowns, goggles, gloves and hand sanitizer. As of August 16, CMS reported 198,153 confirmed resident cases, 119,701 suspected cases and 49,871 resident deaths.

The authors used the Centers for Medicare and Medicaid Services (CMS) COVID-19 Nursing Home Database to calculate an estimated national rate of protective gear and staffing shortages for the periods May 18 through June 14, and June 24 through July 19. They found that 20.7% of nursing homes with submitted data reported a severe PPE shortage, with one week or less of available supply. Shortages of N95 masks and gowns were the most common type during the first study period, with 20.8% of facilities reporting a shortage among staff. “Overall shortage rates were relatively unchanged at the conclusion of the second study window (7/19/20) — 19.1% and 21.9% percent of nursing homes reported shortages of PPE and staff, respectively,” they found.

“There has been no cohesive, coherent response from the federal government,” lead author Brian McGarry, Ph.D., assistant professor in the Department of Medicine, University of Rochester in New York, said in a telephone interview. “States were left to acquire protective gear on their own and were competing against each other for the same limited supply.”

He described the supplies sent by the Federal Emergency Management Agency (FEMA) that did arrive as “too little, too late.” According to the study, “many nursing homes reported that they did not receive adequate PPE through this initiative.” Additionally, many of those supplies, including the all-important N-95 masks, were defective, according to numerous media reports, such as these from CNN and The New York Times.

Facilities reporting PPE shortages tended to be for-profit and chain-affiliated, with COVID-19 cases among both staff and residents about eight percentage points higher relative to non-profit facilities. As I previously reported, facilities with five-star staffing scores in the Nursing Home Compare database were less likely to report PPE shortages compared to one-star facilities.

“It’s really important to control infections and community spread,” McGarry said. But many of the staff, especially aides and CNAs, often work two or more jobs to make ends meet. “Facilities should pay workers enough to allow them to work at only one location, something that will help reduce transmission in the community.”

The reported shortages of PPE at hospitals at the start of the pandemic should have been a wake-up call to all care facilities, but there was not the same level of mobilization for nursing homes at that time, McGarry said. “This pandemic has exacerbated existing problems in long-term care facilities. It’s a national shame.”

Too many nursing homes lack a minimally sufficient supply of PPE to protect themselves from COVID-19 adequately, the paper concluded. McGarry and his co-authors called for more direct financial support for patient care and supplies, hazard pay for workers, better management of clinical supplies, the federal government to act as a central buyer and distribution source of PPE and a faster response in the wake of outbreaks.

They also noted that some states need to do better in prioritizing nursing homes’ needs as hot spots continue to appear throughout the U.S. “Unless these shortages are prioritized by policymakers, long-term care residents will continue to be at a great disadvantage during the pandemic,” the report said.

For a deeper dive into the health policy implications of nursing homes and the pandemic, check out this Commonwealth Fund issue brief by Grabowski: Strengthening Nursing Home Policy for the Postpandemic World: How Can We Improve Residents’ Health Outcomes and Experiences?

Journalists may want to investigate how much PPE local nursing homes have stockpiled. Ask: