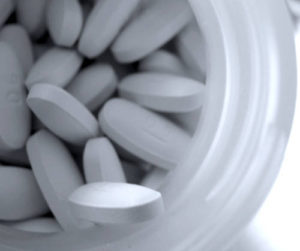 The order, issued August 6, would require agencies like the Department of Veterans Affairs or Department of Health and Human Services to procure domestically produced drugs and medical supplies to help mitigate shortages and difficulty obtaining certain medications from overseas suppliers.

That may be easier said than done. As STAT News reported, an estimated 90% of generic drugs are made or resourced overseas, primarily in China and India. (See this Washington Times story for a further breakdown of the figures.) This could potentially set up a supply-chain nightmare. Overseas drug manufacturing has previously created quality control disasters, including drug recalls, deaths, and sporadic shortages, as the Los Angeles Times reported earlier this year.

The FDA would have to come up with a list of “essential” medications and medical equipment, including those considered vital to combating pandemics, bioterrorism or other situations vital to the national defense. The move stems in part, from shortages of supplies and medications at the beginning of the COVID-19 crisis. While the order was panned immediately by the drug industry groups, some economists and consumer advocacy groups who fear said prices of common generic drugs could skyrocket. However, experts I spoke with weren’t so sure this is a bad thing.

“While the order does allow for an up to 25% increase in cost as part of the consideration for buy American, I think we are a long way away from a situation where consumers across the board are looking at price increases,” said reporter Katherine Eban, whose book Bottle of Lies detailed generic drug manufacturing and lack of regulatory oversight in India.

However, Stephen J. Ubl, president and CEO of the Pharmaceutical Research and Manufacturers of America (PhRMA), pushed back. Ubl said there’s real potential for significant production snafus, “jeopardizing our ability to respond to the current crisis and potentially leading to major long-term supply chain disruptions, including shortages.”

“With today’s ‘Buy American’ executive order, the administration effectively is taking the unprecedented step of mandating manufacturing of medicines in the United States,” he said in a statement. “Rather than government mandates, we should look for policies that enable more domestic manufacturing without putting the stability of pharmaceutical supply chains at risk.”

There are a few hundred essential drugs needed to run a healthcare system, and many are the same medicines needed to care for people hospitalized with coronavirus, according to Rosemary Gibson, author of the 2018 book China Rx. Such drugs include sedatives, antibiotics, and standard medications like epinephrine.

“And we can’t make them here,” said Gibson, whose book which documented lack of regulatory oversight of some overseas drug production. “We depend on China for 90% of the core chemicals, to make those COVID drugs.”

If implemented correctly, she said the executive order should help incentivize domestic manufacturing by providing some large government buyers. Taxpayer dollars would be used to bring back manufacturing jobs and boost the ability to make a minimal capacity of those products.

As for potential price hikes, Gibson pointed to Civica, who has found a workaround for drug shortages and higher prices by bypassing middlemen—the pharmacy benefit managers. If other companies followed this model, they also could keep the price of generic drugs down, and domestic production would become less of a financial problem. Gibson recently joined the executive board of Phlow Corporation, a new U.S. not-for-profit drug manufacturer that is working on a similar approach.

William Comanor, Ph.D., professor of economics at UCLA Fielding School of Public Health, agreed that it’s wise to make more drugs in the U.S., but moving production back must be a gradual process.

“If we cut off all active pharmaceutical ingredient (API) production from China tomorrow, we’d have a problem,” Comanor said. “So, how do you do it gradually over time? That’s a short-run issue, but it’s not an unimportant one.”

Still, the concern about retail drug prices is a real concern for consumers. Across all pay types, 8.8% of patients pay more than $500 for prescriptions in 2018, according to a report by the healthcare analytics firm Iquiva. Chronic medicines account for more than two-thirds of all commercially filled prescriptions. More than half of adults 65 and older (54%) report taking four or more prescription drugs compared to one-third of adults 50-64 years old (32%) and about one in ten adults 30-49 (13%) or 18-29 (7%), according to the Kaiser Family Foundation. Many already think costs are too high, and even a small increase in copays could significantly impact some older adults’ finances.

“The real issue for Mr. Trump is to find a way to bring production back home and find a way for Medicare to reduce the copays for Part D customers,” Comanor said.

The executive order also would remove some regulatory hurdles for the U.S. Food and Drug Administration and the Environmental Protection Agency, as The Washington Post reported. That’s a concern for Eban.

We don’t yet know which drugs will be on the “essential medicines” list, with the FDA to determine that within the next month. It’s something reporters should keep an eye on, along with which plants may be converted to domestic pharmaceutical production. Here are some additional issues to monitor: