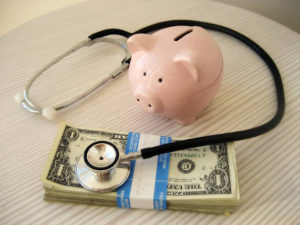 Court documents are among the best sources for journalists covering the aggressive tactics tht hospitals and health systems use when seeking payment from patients who owe them money.

In a new AHCJ tip sheet, Hancock and Lucas explain the steps they followed for their eight-part series last year. That series began in September and continued through the end of the year (see links below).

Hancock and Lucas in May were named finalists for the 2020 Pulitzer Prize in the investigative category for their work covering the bill-collection activities of the University of Virginia Health System. In writing about the predatory practices of UVA, they exposed how the health system “relentlessly squeezed low-income patients — many into bankruptcy — forcing the nonprofit, state-run hospital to change its tactics,” the prize committee wrote.

One of the strengths of their reporting was a focus on how patients suffered under UVA’s aggressive pursuit of payment. In the first article, published on Sept. 10, they detailed how over six years, UVA filed 36,000 lawsuits against patients, seeking more than $106 million in unpaid bills. UVA seized paychecks and homes. That article begins with an anecdote about a couple in Blacksburg, Va., who were losing their home.

In the tip sheet, Hancock and Lucas explain how to identify patients and capture the details of their cases by going to court when these cases are heard. Courts set aside certain days to hear pleadings in these lawsuits. The journalists also outline the value of being prepared by carrying with them HIPAA waiver forms. HIPAA is the Health Insurance Portability and Accountability Act of 1986, which helps to preserve patient privacy.

The story of how hospitals and health systems pursue patients is an important one in many cities and towns, even during the novel coronavirus pandemic.

In February, Blake Farmer reported for Nashville Public Radio that a physician staffing company that runs the emergency department at Nashville General Hospital filed lawsuits last year against 700 patients in Tennessee’s Davidson County for unpaid medical bills. Those 700 lawsuits were more than any other hospital or practice filed in the city, Farmer wrote. Nashville General is a city-funded, safety-net hospital.

“For a patient without insurance, this is supposed to be the best place to go in a city with many hospitals,” Farmer wrote. “But for the uninsured, it may have been the worst choice in 2019.”

Farmer did what Hancock and Lucas recommended: include stories about patients who have been sued.

Farmer also made an important distinction when he quoted the chief financial officer of Nashville General, who explained that when patients owe money and get dunned for those amounts or get taken to court, they usually do not return to that hospital. For that reason, Nashville General stopped suing patients who owed money.

But since 2016, the hospital contracted with Southeastern Emergency Physicians to staff and operate the ER. Then that management company filed lawsuits against patients, he wrote.

This practice is not good for the health of uninsured people, said Bruce Naremore, Nashville General’s chief financial officer. “When patients owe money, and they feel like they’re being dunned all the time, they don’t come back to the hospital to get what they might need,” he said.

Under Naremore’s direction in the past few years, Nashville General stopped suing patients for hospital fees. He said it was rarely worth the court costs.

Here are links to the KHN series: