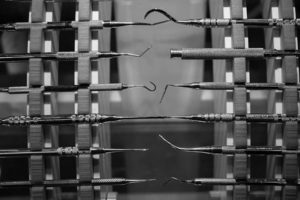 A reporting team’s in-depth investigation into a growing dental chain offers a troubling chronicle of dentists under pressure to meet revenue targets and patient allegations of overtreatment.

The fast-expanding company “now has more than 200 offices in 13 states east of the Rockies, handling a million patient visits a year,” they wrote.

For their project, reporters David Heath of USA Today, (who helped lead a 2012 Frontline investigation of another dental chain) and Mark Greenblatt and Aysha Bagchi of Newsy drew upon documents gleaned from courts, dental boards, patient records and social media.

They also interviewed former dentists and employees of the company as well as patients and parents of patients. One mother, Johannah Lancaster, spoke of the day in 2013 when she took her 3-year-old son to Dental Express — an Ohio office in the chain — for a check-up. She was startled when the dentist told her the boy needed seven root canals. But she allowed the work to go forward.

“I figured he is a professional, so I trusted him,” she recalled. “If I knew then what I know now, I would have never gone through with any of it.”

The Medicaid bill totaled $1,273, the piece noted, compared to the $61 that Medicaid would have paid for a check-up and cleaning. Four of the teeth later had to be extracted.

“The 3-year-old boy was subjected to massive overtreatment,” said Nicholas Dello Russo, a dentist and instructor at Harvard University’s dental school who reviewed Gregory’s records. “This is child abuse.”

Overtreatment is not the exclusive domain of dental chains, but former providers and employees at North American Dental told reporters of heightened pressure to meet productivity goals.

“While any dentist might be tempted to find ways to increase profit, private-equity firms often saddle their companies with heavy debt at junk-bond-caliber interest rates. That may leave patients vulnerable, critics warn,” the reporters noted in their project.

“The investigation found that the intense pressure on North American Dental’s offices to meet daily revenue targets led to allegations of overtreatment. Patients complained they were diagnosed with a mouthful of cavities only to discover later nothing was wrong with their teeth. Employees said they felt uncomfortable with what they witnessed.”

After expressing concerns to superiors within the company, two dental assistants at a North American Dental office said they brought complaints of patient mistreatment to the Ohio dental board. Reporters found that a board investigation was dismissed with no formal action.

The board did discipline the dentist who performed the root canals on Johannah Lancaster’s son. His license was later suspended. The family also sued the dentist and North American Dental. The case was settled out of court for $20,000, the journalists learned.

The troubles at North American Dental are not unique. Complaints against other corporate chains have resulted in crackdowns.

“The owners of both Kool Smiles and Small Smiles settled whistleblower lawsuits spearheaded by the Justice Department alleging that they were defrauding Medicaid by performing unnecessary root canals on children,” the reporting team noted in their investigative package. “Each reimbursed the government about $24 million. Small Smiles eventually went out of business.”

North American Dental declined to comment on the cases of patients named in the project.

“Generally, the company denies allegations of overtreatment, saying that its mission is “to deliver best-in-class patient care” and give its dentists complete autonomy in making diagnoses,” the reporters wrote. Officials said that an affiliated company owned by its dentists reviews dental work for any quality issues. Last year, the reporters wrote, the chain was purchased by a Swiss firm that owns hundreds of dental offices in Europe.

The team provided readers with these tips for vetting a dentist: