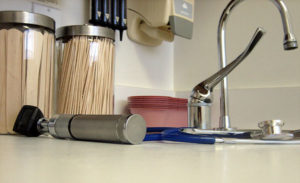 When the American Medical Association publishes its next report on competition among health insurers, notice if Georgia makes into the top 10 among states with the least-competitive health insurance markets.

In the latest AMA report on competition, “The 2019 update to Competition in Health Insurance: A Comprehensive Study of U.S. Markets, Georgia had an overall score of 2,284, meaning the market for health insurers was below the highly concentrated level of 2,500 under the Herfindahl–Hirschman Index (HHI).

HHI is a measure of market concentration that the U.S. Department of Justice uses to assess levels of market competition as we explain in a new tip sheet.

After the AMA published that report, the $17 billion merger of Centene and WellCare became final on January 23, raising concerns among Georgia care providers, reported Andy Miller, editor and CEO of Georgia Health News. As Miller explained in a piece for Atlanta’s NPR station WABE, “Big Merger Changes Medicaid Insurance Equation In Georgia,” the new entity would have around two-thirds of the Medicaid health maintenance organization (HMO) business in the state.

“And that market power has medical providers worried about the company driving tougher bargains in setting rates for reimbursements on medical services,” he explained. “Leading pharmacy and physician organizations opposed the merger here in Georgia, but the deal received state regulatory approval in September.”

That same month, the AMA published its 2019 edition of its health insurance competition report. The report and successive iterations are useful for journalists reporting on health insurance mergers. Using the HHI, AMA’s researchers analyzed market concentration in 382 metropolitan statistical areas and all 50 states and the District of Columbia.

For Georgia’s residents using the marketplace to purchase health insurance, the report shows potential causes for concern. While the state’s total HHI (2,284) is below the highly concentrated level of 2,500, the markets for HMOs, preferred provider organizations (PPOs), point of service (POS) plans and the exchange all have HHI levels above 2,500.

The HHI for HMOs is 2,889 because Kaiser is the dominant insurer with a 40% market share and Anthem is second with 31%. For PPOs, the HHI is even higher at 3,109; Anthem is the dominant insurer with 41% of the market and Aetna is second with 28%. For POS plans, the HHI is 4,387 because two insures have almost the entire market. Anthem has 49% and UnitedHealth Group has 44%.

The exchange market has an HHI of 3,456, and in this market Centene is the dominant insurer with 51% of the market and Kaiser is second with 22%. It will be important to monitor whether the exchange HHI will rise in the next AMA report now that Centene and WellCare have merged.

For resources to help you report on health insurer consolidation in your state, check out this new AHCJ tipsheet.

1 thought on “How to monitor the effects of insurance mergers”