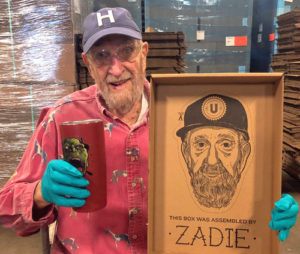 There was some good news in January’s National Center for Health Statistics data brief: People in the U.S. are living slightly longer thanks to fewer deaths from opioid overdoses and other leading causes such as heart disease and cancer. It’s the first increase in life expectancy since 2014.

However, the U.S. still lags behind other industrialized countries, even though we spend more on health care than anyone else. Average life expectancy for someone born in the U.S. in 2018 is now 78.6 years, up 0.1 percent (about one month) since 2017. It is 80.8 years in other OECD nations, which spend an average of 8.8 percent of GDP on health care, compared to 16.9 percent in the U.S.

“The United States is continuing to fall behind similarly wealthy countries — a phenomenon that experts refer to as the U.S. “health disadvantage,” as the Washington Post reported,

Cancer death rates also have decreased for the second consecutive year, as Dan Goldberg and Brianna Ehley wrote in Politico, as did rates for heart disease, chronic respiratory disease, stroke, and Alzheimer’s. But deaths from pneumonia and influenza (P&I) increased by 4.2 percent in 2018, a worrisome statistic for older people. In a separate report, CDC data showed that pneumonia and flu activity remained high in late January and has not yet peaked. During the week ending January 18, 2020, 6.7 percent of the deaths were due to P&I, below the epidemic threshold of 7.2 percent for that period.

While the slight increase in longevity is a positive sign, it doesn’t mean people in the U.S. are healthier than elsewhere. A new Commonwealth Fund report found that those in the U.S. use more medical technology, and pay more for it, than those in other high-income countries, like New Zealand, Norway, France or Germany. But our outcomes are worse than other comparable nations. The U.S. also has the highest burden of chronic disease and “an obesity rate that is two times higher than the OECD average” it said. The nation also has higher obesity rates, more preventable hospitalizations and the highest rate of avoidable deaths. The suicide rate, while declining, also is the highest among OECD nations.

One bright spot is preventive care: rates of breast cancer screening among women 50 and older are among the highest, as are rates of vaccinations for flu and pneumonia.

Journalists may want to contact their local or state health department to ask about flu and pneumonia-related hospitalizations and deaths: