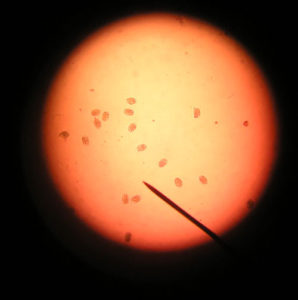 Vice News reporter Arielle Duhaime-Ross brought attention to this little known fact in “Scientists think Alabama’s sewage problem has caused a tropical parasite. The state has done little about it,” which won the National Association of Science Writers’ 2019 Science in Society Journalism Award.

In the article, accompanied by a YouTube video, Duhaime-Ross describes how a lack of sewage infrastructure in a low-income Lowndes County likely contributed to a hookworm infestation that is sickening children and potentially hindering their brain development. The state, however, questions that the infestation exists and hasn’t done much of anything to address Lowndes’ sewage problem.

Hookworm is among several neglected tropical diseases that have been rising in prevalence in the southern United States. In 2017, Peter J. Hotez, an infectious disease specialist at Baylor College of Medicine, published a study listing nine diseases more typically seen in poorer countries, including Chagas disease and dengue, that were infecting an increasing number of Americans.

Duhaime-Ross went to Alabama to highlight how individuals living in poverty were affected by a neglected tropical disease. “You cannot write a story without talking to folks who are impacted by the disease,” said Duhaime-Ross in a new How I Did It piece for AHCJ.

“It is hard to do that today because newsrooms don’t always have the budget, but if you can go to these areas and see that they are human and not a data point, that’s always better,” she said.

And that effort was recognized by the NASW. Duhaime-Ross offered “an unforgettable view on an entirely fixable yet devastating crisis of public health and environmental justice,” said the organization in describing her work.

Not long after her story ran, the Centers for Disease Control and Prevention awarded the University of Alabama at Birmingham a grant for further research on hookworm and whether it is infecting children in the state.

“I will be keeping my eye on this,” Duhaime-Ross says.