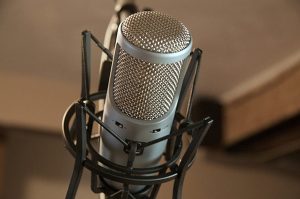 Ever thought about starting a podcast? You’re not alone. There are an estimated 750,000 podcasts, and 30 million episodes available across various platforms, according to Podcast Insights. Podcasts come in all lengths, formats, and subjects imaginable — and maybe even some you’ve never thought about.

But doing a podcast well and gaining a steady audience require a little more than you and your beer buddy hanging out in your basement with a microphone and recording device. How to best break through and get noticed?

Diane Atwood, a former health reporter for WCSH6, the NBC affiliate for the Portland-Auburn/Bangor markets which includes Northern, Southern Maine and Eastern New Hampshire, learned a lot about reaching broadcast audiences over the course of her career, which came in handy when she retired. Actually, not really retired, just changing gears.

Atwood now writes a blog called Catching Health and not long ago, decided to start a podcast about what it’s like to grow old in Maine — a state tied with Florida for the oldest average population. Conversations About Aging looks at how Mainers deal with the good and bad that accompany aging, and some of the unique personalities who make up the state’s older population.

But how to go about it? Although Atwood spend many years as a TV reporter, she was a novice when it came to audio editing software, equipment needs and even how to upload and host an episode. In this new tip sheet, she shares her journey (often learned through trial and error) and some best practices for anyone seeking to start a podcast, or improve an existing one. Atwood’s tip sheet includes a wealth of resources for both those new to podcasting and those who have been on air for a while.

Why Conversations about Aging? Atwood explains in this accompanying AHCJ article what prompted her vision for an aging-related podcast, how she goes about finding people to interview, and some strategies she uses to promote her work.

In addition to the resources listed in Atwood’s tip sheet, here are a few more for anyone interested in the podcasting genre.