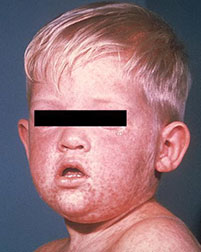 A basic tenant in reporting is that there are two sides to a story, but in public health, that may not always be the case, says Melba Newsome, a Charlotte, N.C.-based freelance health care journalist whose work has appeared in the New York Times, O magazine, Time, and other publications.

Newsome was confronted with this challenge when writing an in-depth story for CQ Researcher on the recent measles outbreak, and the story behind how the contagious disease has made a come back in the era of modern medicine.

A big piece of the story is the spread of misleading information by organizations that exploit people’s fears about vaccines, and the role the media played by giving these organizations a voice in an effort to provide balance, she says.

Reporters, she says, should be more focused on the scientific evidence that shows vaccines are safe and effective, rather than giving voice to fears. To read more about her thoughts and how she reported her story on measles, read the edited interview with Newsome.