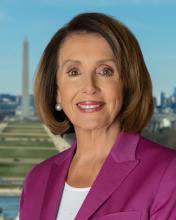 With the news out of Washington coming at us fast and furiously, it may have been easy to miss the introduction of House Speaker Nancy Pelosi’s new proposal to curb the cost of prescription drugs.

Drug pricing is an especially important issue for older adults, many of whom are on multiple medications and take more prescription drugs on average than any other age group in the United States, according to the American Geriatrics Society.

A new AARP report found that drug prices for older patients are still soaring — with the “retail price tag for brand name drugs widely used by older Americans jumping by an average of 15.5% in 2015 — the fourth straight year with a double-digit increase.” According to the report, the average annual cost for one brand name drug used to treat a chronic health condition topped $5,800 last year, compared with less than $1,800 a decade ago.

Drug costs “absolutely” impact the financial well-being of older adults, writes gerontologist Linda Phillips in The Hill. Phillips points out that older adults comprise about 15% of the U.S. population but comprise more than a third (34%) of the prescription drug market. Even the cost of one expensive prescription can have profound financial and health effects for an older person who may try to save money by skipping refills or cutting pills in half. This sort of skimping can lead to serious health repercussions, including avoidable emergency visits and hospitalizations.

Drug prices continue to rise faster than inflation and are far greater than any minor Social Security cost of living increases that an older adult may receive. The report found that the retail prices for 268 brand name drugs increased almost 130 times faster than general inflation from 2014 to 2015 (the most recent data available).

The Pelosi-backed The Lower Drug Costs Now Act (HR 3) would allow the government to negotiate the price of up to 250 brand name drugs on behalf of Medicare beneficiaries, the New York Times reported. Manufacturers also would have to offer these prices in the private insurance market, a provision that has many Republicans up in arms but has received some support from President Trump in the past, the article noted.

HR 3 limits the maximum price for any negotiated drug to the average price in similar countries. “The amounts would be pegged to the costs of the same drugs in other countries, which are generally much cheaper, under an “international price index.” It would also levy steep fines — starting at 65 percent of the gross sales of the drug — on drug companies that refuse to engage in negotiations and limit how much drug costs can go up, reported NPR’s Susan Davis.

Additionally, the bill creates a new $2,000 out-of-pocket limit on drug costs for Medicare enrollees. Currently, Medicare Part D plans have no out-of-pocket cap on drug costs. “One million Medicare beneficiaries had out-of-pocket prescription drug spending above the Part D catastrophic threshold in 2017, with such spending on drugs averaging more than $3,200 per person, according to an analysis by the Kaiser Family Family Foundation.

“We commend Speaker Pelosi and House Democrats for introducing long-overdue legislation that takes a meaningful step to ensure Americans, like citizens of other developed countries, have affordable access to life-saving medicines,” said Shelley Lyford, CEO and president of the nonprofit West Health Institute in an emailed statement. “Prioritizing Medicare negotiation for drug prices as the foundation to lower prescription drug costs simply makes sense. It’s time we demand bipartisan action on smart policies that can truly lower costs, and Speaker Pelosi’s plan to allow Medicare negotiation is a great start.”

Not everyone is on board with Pelosi’s approach. Senate Majority Leader Mitch McConnell told Politico that the Pelosi bill is “dead on arrival.” Meanwhile, Sens. Chuck Grassley (R-Iowa) and Ron Wyden (D-Oregon) have a drug pricing bill that somewhat overlaps with Pelosi’s plan but pointedly eliminates the price negotiation component.

Of course, the big unknown in all of this is President Trump. He has supported lowering drug prices and is not opposed to negotiation, but with the launch of a formal impeachment inquiry last week it’s to be determined whether he will be willing to talk at all on this issue, reported the Associated Press.

Even if Trump, Grassley and Pelosi can find a middle ground on drug pricing amid all the other political chaos “their success is far from certain,” writes the Washington Post’s Paige Winfield Cunningham, especially since there’s still the powerful Pharma lobby to contend with. Cunningham’s article breaks down some possible scenarios for tacking drug costs (and surprise medical bills) in her article, all of which could go on the back burner should the House vote to impeach and the matter goes to the Senate. Stay tuned.

Journalists may want to check with their state’s congressional delegations on where they stand regarding the proposed drug pricing bills and whether they have other solutions to offer older adults when it comes to controlling skyrocketing medication costs.