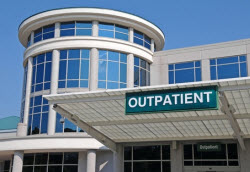 They’re long, boring, hard to read because of the small type in narrow columns and they’re full of repetition and jargon.

Case in point. The Centers for Medicare & Medicaid Services issued a proposed OPPS rule July 29 that has revolutionary implications for hospital and ambulatory care. The agency wants to allow free-standing ambulatory surgery centers to be reimbursed for performing knee replacement surgeries and percutaneous coronary interventions (stents) on fee-for-service Medicare beneficiaries starting Jan. 1, 2020. That reimbursement is now allowed only for those undergoing those procedures in inpatient and outpatient hospital departments.

Keep in mind there are 5,800 ambulatory surgery centers around the nation now, a number that continues to grow by hundreds a year.

I wrote a story about this for MedPage Today that was published Oct. 15.

Hospitals are appalled at the suggestion and are fighting back, with this letter to CMS, predicting all sorts of terrible outcomes for patients. The American Hospital Association believes the rule change will impose significant safety risks to Medicare beneficiaries, who are older and usually more frail than commercially insured patients, and will result in patients being rushed by ambulance to a local hospital. It suggests that because many ambulatory surgery centers are owned by physicians, they may have “other incentives” in making a determination that a patient is healthy enough and suitable to have these procedures in an ASC.

The AHA also noted that patients will pay more to have a procedure in an ASC because they will pay 20% of the approved charge as a co-pay, which is generally more than the flat deductible they would be charged for a hospital procedure.

Of note, the CMS proposed rule believes that, at least for knee replacement surgery, very few patients will be affected. They say that Medicare Advantage plans, which cover about one-third of all Medicare beneficiaries, do allow coverage for knee replacements in an ambulatory surgery center, but in 2016, only 800 such procedures were performed in an ASC.

But that was three years ago. Today there are hundreds more ambulatory surgery centers around the country, and there has been a lot of work to improve risk adjustment algorithms that identify patients for whom an ASC or a hospital outpatient procedure might carry more risks.

The issue isn’t confined just to patient safety and a turf war between hospitals and ambulatory surgery centers. There are broader implications, spelled out in this consulting company report.

It predicts a massive shift of procedures from hospitals to ambulatory surgery centers over the next several years, increasing by 6% to 7% annually over the next two years. But by 2020, ASCs will be the setting for 33% of cardiology, 30% of spine and 68% of orthopedic procedures, up from 4%, 7%, and 44%, respectively, in 2015. That will move a lot of income away from hospitals and hospital outpatient departments to ambulatory surgery centers.

That’s not necessarily a bad thing. Ambulatory surgery centers may offer more focused specialty care for example in spine or orthopedic procedures. Patients are supposed to be generally healthier than those patients undergoing procedures in a hospital, and therefore it might be expected patients in ASCs will be exposed to fewer infectious organisms.

Nathan Kaufman, a San Diego-based strategy consultant for hospitals, predicts a turf war between hospitals and ASCs, but only for those hospitals that haven’t figured out a way to partner or own surgery centers themselves, and in that way, will be better able to direct which patients should go where.