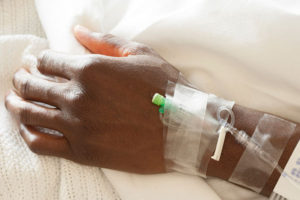 And November marks the 20th anniversary of “To Err is Human,” the National Academy of Medicine’s 1999 report that estimated as many as 98,000 people die a year in United States hospitals. That widely publicized report called for a national agenda to improve patient care processes to make it easier for honest providers to safely treat patients and harder for them to cause harm.

So where are we now? There’s been a lot of attention to the topic over the past two decades, first to quantify the problem.

Various studies have estimated even higher numbers of deaths from medical errors, as high as 250,000, or even 440,000, especially when one counts pharmacy errors, prescription mix-ups, safety lapses in non-acute care settings such as ambulatory surgical centers or even doctor’s offices. Then there’s the epidemic of opioid overprescribing, and failure of harm prevention efforts and safety checks that lead to such incidents as falls and pressure ulcers.

We’re also tracking the best and the worst a lot better, maybe too much better. The Centers for Medicare & Medicaid Services has expanded scorecards with hundreds of quality measures for general acute care and cancer hospitals, skilled nursing facilities, dialysis facilities, Veteran’s Administration hospitals, psychiatric facilities, home health services, long-term care hospitals and hospices. We didn’t have anywhere near those public reports and accountability even 10 years ago, much less 20.

There are surgical checklists and hospital penalties, when patients are placed in what is called “immediate jeopardy,” which in California often means that someone died.

We now have a variety of organizations using amalgamations of those scores, although the result has been a cluster of hospital scorecards, from the Leapfrog Group, Health Grades, to U.S. News & World Report, that at times can be confusing. Often one report will show a hospital among the best, while another lists it among the worst.

But some are wondering if the movement has lost some of its urgency and passion, or at least its public focus.

Consumers Union last year retired its Safe Patient Project, and refocused its energies into issues of food safety, privacy — especially internet privacy — and automobile advocacy, according to the SPP’s former director, Lisa McGiffert. McGiffert is trying to nurture a new organization, as of now largely one of volunteers, called the Patient Safety Action Network.

There has been pressure on the Trump administration to weaken or delay many of the “Patient Protection” provisions in the Patient Protection and Affordable Care Act, although it’s unclear whether any of them have materialized to date. Pay-for-performance and pursuit of value-based care and outcomes that matter still seems to be a federal reporting priority.

Federal agency press conferences about new measures posted on its numerous “compare” websites seem to be a thing of the past, at least not as frequent as during the Obama administration, although the measures on those websites have expanded.

David Mayer, M.D., executive director of the Institute for Quality & Safety for MedStar, a 10-hospital system serving the Washington Metropolitan area laments what he sees as a slowing down of momentum in patient safety and quality measures from its faster pace five years ago.

“Unfortunately, we haven’t seen the progress that we’d hoped for,” said Mayer, who also is the chief executive officer of the Patient Safety Movement Foundation, a seven-year old and lesser-known group that is trying to re-energize hospitals to reach zero preventable harm, that it’s not a far-fetched goal in a cloud, but realistically achievable.

The idea is that participating hospitals – they have 4,800 now, 2,400 of them within the United States – commit to certain harm reduction goals through concerted activity efforts in 18 domains and 35 subdomains, such as handwashing hygiene, infection reduction, and prevention of venous thromboembolism, falls and post-operative delirium in older adults.

“We have made progress in many areas, but not at the pace that we need to get this back to the place where it needs to be,” he said. “It’s my opinion – and I know the opinion of many others in the safety field … is that there’s been a move away from safety and more into issues of behavioral health and population health,” Mayer said.

He noted that the National Patient Safety Foundation, one of the strongest voices for patients and institutions working together to design less error-prone models of care, has been folded into the Institute for Healthcare Improvement, the Boston-based organization co-founded by Don Berwick, M.D.

“They continue to have their meetings, but many people believe the IHI has moved into other various important issues because patient safety has gotten attention and will figure out a way to correct itself,” Mayer said.

To his dismay, Mayer says too many hospital C-suite executives are not focused on improving patient safety. Instead, “they’re just out there trying to sell and gain more hospitals and market share, versus putting resources into correcting the existing product so it doesn’t hurt as many people as it does today.”

Kedar Mate, M.D., chief innovation and education officer for the Institute for Healthcare Improvement, took strong issue with Mayer’s comments, insisting that patient safety “remains on the front burner” at IHI and within provider organizations. “You’d be hard pressed to find a health system today that doesn’t pay close attention to its safety record, and hard pressed to find a government agency that works on health that doesn’t consider safety for patients and families high on the list of priorities,” he said.

The consolidation with the NPSF, he said, is a testament IHI’s belief that patient safety is an important challenge in today’s quality landscape.

For IHI’s part, it is going beyond hospitals to improve quality upstream, especially in skilled nursing facilities and ambulatory surgical centers. One specific project IHI is involved with is the Centers for Medicare & Medicaid Services’ Civil Money Penalty Reinvestment program, which uses fines paid by nursing homes for violations to improve patient safety in nursing homes. Another project is to reduce maternal mortality through programs such as Project Teenbirth, he said.

Diagnostic error is another patient safety issue now gaining attention, especially with the National Academy of Medicine’s 2015 report “Improving Diagnosis in Health Care” and the formation of the organization Society to Improve Diagnosis in Medicine, which holds a conference on the topic every fall, Mate said.

Other IHI efforts center on better ways to ensure medication reconciliation and safe and effective prescribing, “not necessarily with drug lists but with medication choices geared to what actually matters to patients.”

Maybe there’s a lot going on, but much less of a proportional focus on hospitals.

Mayer’s organization, the Patient Safety Movement Foundation, was founded by Joe Kiani, founder of the medical device company Masimo, best known for monitor devices such as pulse oximeters. At its conferences, patient activists – usually those who have lost a loved one to medical error – are a featured parts of the agenda as they tell stories of how their health care system miserably failed.

They will get a chance to do that again today at the Patient Safety Movement Foundation’s midyear planning meeting in Irvine, Calif. I plan to attend and over coming months, help curate a variety of story topics, How I Did It pieces and tip sheets to help our members cover this topic better.

Patient safety and quality measurement also have suffered at the expense of the pressing need for reporters to focus on reducing health care costs and predatory billing, which is critically important, and improving health insurance access throughout the country.

But there is something both Mayer and Mate agree on: More news coverage of patient harm and quality improvement is a good thing.

Got story ideas or tips to share? Please email me at cheryl@healthjournalism.org.