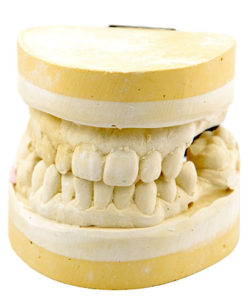 Though about 60 million retired and disabled Americans depend upon Medicare for their health care coverage, the federal program has never included routine dental benefits.

A sizeable percentage of likely voters believe that should change, according to the results of a new poll.

Research has shown that the lack of dental coverage under Medicare represents a barrier to necessary care for a growing number of Americans. Overall, seven out of 10 likely voters support adding dental coverage to the program, pollsters found. While self-identified liberals were most likely to be supportive, the change was favored by three out of four moderates and 56% of conservatives, according to the poll, fielded for Oral Health for All, an initiative launched by the health care consumer group Families USA and the DentaQuest Partnership for Oral Health Advancement, the nonprofit arm of DentaQuest, a large Boston-based dental insurance company.

The survey was conducted during a week of August among a national sample of 1,000 likely voters.

A separate poll sampling likely Democratic voters in Iowa, home to a key presidential caucus, found that 82% favored the change. Eleven of the 21 major Democratic candidates vying for the nomination at the time the findings were released were listed as supporting the addition of dental benefits to Medicare “either as part of their health care plan, in public statements or in response to the group’s inquiries,” according to a summary of the findings.

Medicare’s lack of dental coverage has broad implications. An estimated 65% of the program’s beneficiaries – nearly 37 million people — are dentally-uninsured, according to a March 2019 issue brief from the Henry J. Kaiser Family Foundation.

Nearly half are staying away from the dentist. In one recent year, 49% of Medicare beneficiaries did not get an annual dental visit, Kaiser found. People with low incomes and minorities were most likely to miss out on dental services. An estimated 71% of black beneficiaries and 65% of Hispanic beneficiaries went without care, compared to 43% of white beneficiaries.

Untreated disease has costly consequences, not only for individuals but the health care system as a whole. Oral cancers and other diseases and conditions that might be detected during a dental exam can go undiagnosed. Without timely preventive and restorative treatments, oral infections including caries and periodontal disease can progress, resulting in pain, tooth loss, systemic complications and costly emergency room visits and hospital admissions.

Adding dental coverage would come at a cost, advocates have acknowledged.

In a 2018 white paper, a coalition of organizations including Families USA , the DentaQuest Foundation, the American Dental Association and the Santa Fe Group presented a plan to add preventive and restorative dental services to the menu of medically necessary outpatient services covered under Medicare Part B.

Under that scenario, a comprehensive dental benefit without dollar-value caps would cost the federal government $32.3 billion over the year and would raise the base premium for Part B benefits by an estimated $14.50 per month.

The paper outlined a plan for a voluntary premium-financed supplemental Medicare benefit that would combine basic coverage for dental, hearing and vision services.

“Assuming the benefit package could be offered for $25 per month, we estimate the total coverage costs would be $1.924 billion per year, paid for by premiums. Subsidies to reach low-income beneficiaries would follow the same design as the Part D subsidy.” the authors wrote.