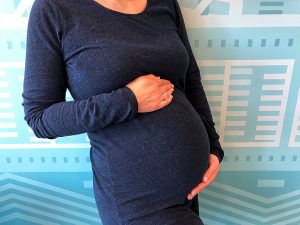 In a report late last year, the Commonwealth Fund included two statistics about women’s health that were particularly startling.

In that report, “U.S. Women More Likely to Die in Pregnancy and Childbirth and Skip Care Because of Cost, Multi-Nation Survey Finds; C-Section Rates Rank Among Highest, the authors wrote that first, as many journalists have reported (such as Alison Young for USA Today and Nina Martin for ProPublica and Julia Belluz for Vox), pregnancy and childbirth are more dangerous for women in the United States than they are for women in other high-income nations. At 14 deaths per 100,000 live births, U.S. women have the highest death rate from complications during pregnancy and childbirth among 11 countries in the study, the authors reported.

Second, women in the United States are more likely to have cesarean sections than women in all but two other high-income countries, the report showed. “The U.S. has among the highest C-section rates, with 320 procedures per 1,000 live births,” the authors wrote. This rate is slightly lower than that of Australia (332 per 100,00) and Switzerland (327 per 100,000). The rate in other countries is about half the rate in these three nations.

Health plans and employers can address the first problem (maternal mortality) by providing adequate health insurance coverage to new mothers, as Martin and Belluz wrote. Research shows that most deaths involving pregnancy and childbirth don’t happen in hospital delivery rooms. Rather, they happen months later and occur because many new moms either lack health insurance or get kicked off the federal-state Medicaid program within 60 days of giving birth, they added. Medicaid provides coverage for almost half of all births in the United States.

To address the second problem (high C-section rates), we may need to reform the way we pay for this procedure. In a new AHCJ tip sheet, Lola Butcher writes that the current payment system provides a financial incentive to do more C-sections.

In her tip sheet, Butcher highlights a report from Catalyst for Payment Reform, a nonprofit organization that helps employers and other health care purchasers get better value for what they spend on health care. CPR’s first recommendation for reducing C-sections is to have health plans make a single bundled payment for the entire episode of maternity care. “Since C-sections cost more than vaginal deliveries, a bundled payment would give providers an incentive to avoid unnecessary Cesarean births,” CPR said.

Other ideas include requiring hospitals to follow best evidence-based practices, such as those of the California Maternal Quality Care Collaborative and the Alliance for Innovation on Maternal Health Program; connect pregnant women with high-value health care providers, meaning those who offer the best outcomes at a relatively low cost (such as the ExpectNY initiative of the Northeast Business Group on Health); educate workers about the importance of full-term births and the potential adverse health consequences of elective inductions and unnecessary C-sections; and have health plans contract with certified nurse midwives and doulas.

As CPR suggests, the Center for Health Care Quality and Payment Reform also recommends an Alternative Payment Model for Maternity Care for pregnancy-related services, including bundled payment for such care. Bundled payments would be made monthly for services before the birth and would include additional funds, if needed, for high-risk pregnancies, and monthly payments for all post-partum care for as long as six months.