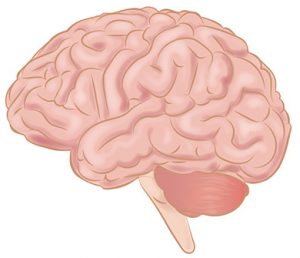 A recently recognized dementia that mimics many of the hallmarks of Alzheimer’s disease, but actually is an entirely different form of brain deterioration, has been documented in a new research paper.

Limbic-predominant age-related TDP-43 encephalopathy (also known as LATE) primarily affects adults 80 years and older and “has been associated with substantial cognitive impairment that mimicked Alzheimer’s disease,” said researchers of the paper, which appeared in the June edition of Brain: A Journal of Neurology.

As CNN reported, LATE can develop in tandem with Alzheimer’s and contribute to an even sharper cognitive decline in certain people than either disease alone.

Despite its mouthful of a name, reporter Michael Needleman does a good job translating “researcher-speak” to describe the disease in a way most readers can understand: “in Alzheimer’s, you’ll find one set of glops [proteins in the brain]. In Lewy body dementia, another glop. And in LATE, the glop is a protein called TDP-43.” It’s not difficult to picture a goopy buildup — akin to drywall compound — taking hold in a specific brain region.

It possible that as many as one-quarter of adults over 85 may have this form of dementia, according to lead author Peter T. Nelson, M.D., of the Sanders-Brown Center on Aging at the University of Kentucky. “It’s time to stop thinking of dementia as a “one-size-fits-all” disease.

TDP-43 (transactive response DNA binding protein of 43 kDa) is a protein that normally helps to regulate gene expression in the brain and other tissues, according to the National Institute on Aging. Prior studies found that unusually misfolded TDP-43 has a causative role in most cases of amyotrophic lateral sclerosis and frontotemporal lobar degeneration. However, these are relatively uncommon diseases. The NIA pointed out that one new development seen in recent research is that misfolded TDP-43 protein is very common in older adults. Roughly 25 percent of individuals over 85 have enough misfolded TDP-43 protein to affect their memory and thinking abilities.

“Recent research and clinical trials in Alzheimer’s disease have taught us two things: first, not all of the people we thought had Alzheimer’s have it; second, it is very important to understand the other contributors to dementia,” said Nina Silverberg, Ph.D., director of NIH’s Alzheimer’s Disease Centers Program.

Since LATE probably responds to different treatments than AD, this may help explain why so many experimental Alzheimer’s drugs have failed to meet expectations in clinical trials. “Now that the scientific community is on the same page about LATE, further research into the ‘how’ and ‘why’ can help us develop disease-specific drugs that target the right patients,” Nelson said.

Nelson and Silverberg were part of an international working group (representing 20 institutions in six countries) that conducted the retrospective study. The group developed recommended diagnostic criteria and other guidelines for advancing and catalyzing future research, including highlighting the need for developing biomarkers, further pathological studies and generating new animal models.

For years, members of the scientific community have noticed that a large number of people who died at an advanced age showed symptoms of dementia without their brains showing telltale signs of amyloid or tau (another common culprit) during an autopsy. Age-related TDP-43 proteinopathy has been known to clinicians for about a decade, but a common terminology was lacking. Identifying the disease is an important step in catalyzing future research, the report said.

The authors contend that LATE is an under-recognized condition with a very large impact on public health. They emphasize that the “oldest-old” are at greatest risk, and believe that for this group the public health impact of LATE is at least as large as Alzheimer’s. The clinical and neurocognitive features of LATE affect multiple areas of cognition, ultimately impairing activities of daily life.

“LATE has been there all along, but we hope this report will enable more rapid advancement in research to help us better understand the causes and open new opportunities for treatment,” Silverberg said.

Since there isn’t a way to differentiate among the two diseases in living patients, how dementia can be diagnosed is unlikely to change for now. But the findings may help answer why the search for an Alzheimer’s cure has so far been ineffective. As The Guardian reported, “It is possible that positive results were being diluted by the inclusion of patients with a different disease.”

The researchers recommended that TDP-43 testing be performed as part of routine autopsy evaluation in all older patients. They also said more investigation is needed to test for memory and non-memory symptoms that distinguish LATE from other degenerative disorders.

Coverage Tip: Journalists may want to speak with dementia experts at local universities or medical centers about these findings, and whether it may make a difference in how they approach older patients with cognitive decline.