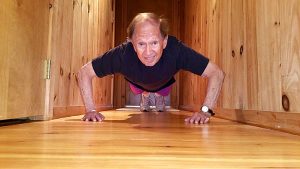 There’s no doubt that a diagnosis of Alzheimer’s disease is devastating for both the person who receives it and for their family.

Although it’s the sixth leading cause of death in the U.S., affecting nearly 6 million people, finding a cure or even a long-term treatment has proven elusive. Most drugs never make it out of Phase I or II trials.

Some physicians have turned to alternative approaches like exercise, diet and treating underlying factors — such as heart disease, diabetes, stress, and environmental toxins — which may slow progression of the disease. Evidence is mounting that there’s something to this approach. The challenge for journalists is finding the right experts, and reporting on real progress, without falling into a rabbit hole of pseudoscience, heresy, or outright quackery.

Journalist Linda Marsa received third-place honors from AHCJ for her December 2018 Discover magazine story, Alzheimer’s Under Attack. In this new How I Did It essay for us, she explains how she pulled the pieces together for a look at how lifestyle therapies were succeeding for many in early disease stages, while most drugs never made it out of study phase.

There had been reports of positive results among those diagnosed with Alzheimer’s and subsequently prescribe strict lifestyle changes. But was it enough to claim for certain that this was a viable alternative to a pharmaceutical approach? Marsa conducted intensive research to see whether there was enough evidence to support this new theory. She interviewed known experts in the field and carefully vetted a UCLA neurologist who had written about the effect of lifestyle on Alzheimer’s progression in a new book.

Marsa also interviewed some of this physician’s patients — including a look at their medical records. Marsa noted her editor pushed back somewhat because of the controversial nature of this new theory. That meant finding other researchers who also had adopted this approach. She did find a few, along with credible scientific research supporting an intensive lifestyle approach.

Since her story appeared in Discover, additional research has been published on intensive lifestyle change as a potential non-pharmacological treatment for Alzheimer’s. And Marsa says the Alzheimer’s Association is supporting several similar studies. She writes, “this represents a huge paradigm shift in the way we approach the treatment of Alzheimer’s.”

Here are some additional resources when reporting on this topic: