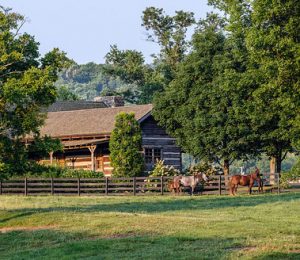 Tennessee may become the first state in the country to take advantage of the Trump administration’s enthusiasm for block-granting Medicaid – a radical change to the federal-state health program for low-income people created in 1965.

Under recently passed legislation, Tennessee will within six months seek a waiver from CMS to have a block grant – a lump sum of money along with more state flexibility on how to run Medicaid.

It’s not entirely clear that CMS will grant the request – whether it will decide it has the legal authority, even though philosophically its leadership has endorsed the idea. The administration had hoped to change Medicaid as part of the ACA repeal-and-replace legislation, but that failed more than a year ago.

Under current law Medicaid is an open-ended entitlement, with the state and federal government sharing the coast.  A block grant would turn it into a fixed lump-sum payment. Advocates say this change won’t cut anyone off, but critics respond that it would be the end of Medicaid as we know it with no guarantee that there will be enough money to meet a growing need, particularly in the next economic downturn.  The block grant would increase over time – but more slowly than current Medicaid spending would. And it’s not designed to adjust if worsening economic conditions create a surge in enrollment.

About 1.3 million people are enrolled in TennCare, the state’s name for its Medicaid program. While some states have talked about possibly using a block grant for a segment of the population – the Tennessee proposal would cover everyone, including the disabled and those requiring long-term services and supports.

Democrats, the health industry, and advocacy groups for low-income people will fight the Tennessee move. The administration will probably take several months to review it.