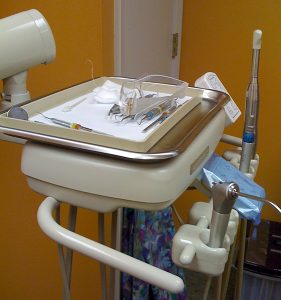 In Seattle and nearby Vashon Island, news broke in early April that nearly 1,300 students face infection risks because equipment used in school clinics was improperly sterilized. Ten school-based dental clinics operated by Neighborcare, a local health center have been impacted by the safety breach.

Trice was speaking to KIRO-Seattle, which reported that concerns focus upon the cleanliness of dental handpieces used in the clinics. Handpieces are powered instruments that are used, in combination with burs and other attachments, to clean and restore teeth.

“Neighborcare says the handpieces in question were disinfected with CaviCide, which is supposed to kill viruses such as HIV and hepatitis B and C. But the equipment did not undergo the more extensive autoclave/heat sterilization, which is required,” KIRO noted in an April 3 report.

In a statement released to the news outlet, school officials moved to reassure families while urging them to get their children tested.

“While incidents described by Neighborcare Health pose a low risk, we encourage families to contact Neighborcare for support and free health screenings.”

The offices were shut down late last year after investigators from the city Department of Public Health “found evidence of improper safety practices,” the Philadelphia Inquirer reported on March 25. “Patients were notified by letter that they should be tested for HIV, hepatitis B and C as a precaution.”

“The clinics were closed in coordination with the Pennsylvania Department of State, which has also been investigating,” wrote reporter Robert Moran.

The nonprofit Organization for Safety, Asepsis and Prevention, OSAP, offers a variety of resources on the topic of infection control in dental settings, including words of advice for consumers who are concerned about instrument sterilization:

“In keeping with Centers for Disease Control and Prevention, American Dental Association, and OSAP recommendations, your dentist should be heat-sterilizing all instruments that penetrate or contact a patient’s oral tissues. Although autoclaves are most commonly used to sterilize dental instruments, some offices may have other types of heat sterilizers. Chemical-vapor sterilizers (“Chemiclaves”) and dry-heat sterilizers also are appropriate for sterilizing dental instruments. Your dentist (or his or her staff) should heat-sterilize instruments that have been used on a patient before they are introduced to treat the next patient.”