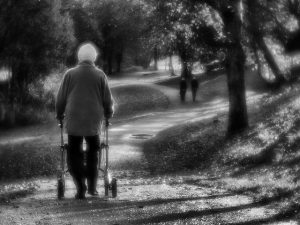 Over the past few months, we’ve seen a rash of headlines about workforce shortages in home health care and nursing homes. As we all know by now, the population is aging and studies show most seniors want to age in place.

Realistically, many of them need, or will need, some extra help to do so. And those who can’t live out their lives at home will likely wind up in a nursing home.  Time Magazine asked “Who will care for the Baby Boomers?” and called the situation “a growing American crisis. “

The conundrum both in the U.S. and globally, is that there aren’t enough direct care workers to meet demand. A story in the Arizona Daily Star said the situation is a “growing crisis.” It’s a low-wage, low to no benefit and often thankless job; one that involves everything from bathing and feeding to dealing with incontinence and cognitive decline. As reporter Carmen Duarte noted, there’s been too little planning by public health officials.

Of course, it’s not just Arizona feeling the pinch. The Times of San Diego ran this opinion piece from Janet Napolitano, president of University of California San Diego and Lloyd Dean, president and CEO of Dignity Health, which says in part, “We see the growing mismatch between the state’s existing delivery of health services and an increasingly diverse population that needs consistent quality care close within their communities.” As co-chairs of the California Future Health Workforce Commission, they’re calling on Governor Gavin Newsome to plan now for the next generation of health care workers, including those who can help a diverse population age safely at home.

In Wisconsin, nursing homes are seeing some serious worker shortfalls, according to this story by Wisconsin Public Radio. “the state’s roughly 400 nursing homes have around 16,500 vacant caregiver positions at long-term care facilities. Providers said one factor is their inability to raise wages to compete with other employers.” That’s primarily due to the state’s low Medicaid reimbursement rate. Medicaid pays for roughly 60 percent of all nursing home care nationally, according to the Kaiser Family Foundation.

Home care workers are pushing for higher wages as a means to attract and retain a better quality workforce. It’s a challenge that many home care agencies struggle to balance—paying their workforce higher wages to remain competitive, especially in tight job markets, while dealing with thin profit margins due to low reimbursement by Medicare and especially, Medicaid. St. Paul, Minn., is just one city wrestling with this, as the Union Advocate reported.

According to the research and policy organization PHI International, more than two million home care workers across the U.S. provide personal assistance and health care support to older adults and people with disabilities in home and community-based settings. Most workers are women and people of color. Wages are low, and benefits are rare, according to this PHI brief. Workers earn about $13,000 annually; many have to rely on government assistance to get by.

PHI experts warn that “labor force participation among women ages 25 to 64, who currently make up 73 percent of the home care workforce, will increase by only two million in the next decade, compared to 6.3 million in the previous decade. This means that despite the growth in demand for home care workers, the pool of likely applicants will be considerably smaller from 2014 to 2024 than in the previous decade.”

Could more training and more responsibility, along with higher wages help fill the projected care gap? PBS took a look in a 2018 segment of “Making Sense.” There’s no easy answer, and a crackdown on immigration may put a further squeeze on many agencies and institutions, as well as more pressure on family caregivers to take on an even larger role, as Kaiser Health News  and National Public Radio reported last year.

That’s what members of The Senate Select Committee on Aging, chaired by Republican Senator Susan Collins of Maine and ranking member Bob Casey (D-Penn.), are hoping. .They introduced legislation in late January to reauthorize the Geriatrics Workforce Enhancement Program (GWEP) for the next five years.

GWEP is the only federally funded program that educates and trains health care professionals. While training more physicians and nurses is a big part of the program, it also educates allied health professionals, social workers and certified nursing assistants to better integrate geriatrics into primary care, address the needs of older adults, deliver community-based programs, and provide Alzheimer’s disease education, according to Collins’ office.

But this is only a very partial answer to a larger problem, according to  Robyn Stone, Dr.P.H., co-director of the  LeadingAge Long Term Services and Supports Center at UMass Boston. (Note : Stone is a panelist at Health Journalism 2019.)

As she wrote in a  2017 issue of Public Policy & Aging Report, “Workforce challenges in the field of aging services will get far worse over the next 20 years unless policy makers, providers, and other stakeholders work together aggressively on solutions.”

3 thoughts on “Are we facing a crisis in the direct care workforce?”