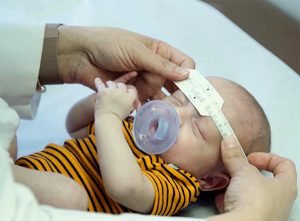 The government of Puerto Rico has reported no cases of people with the Zika virus since early 2017, which might lead pregnant women to believe the Zika threat has faded, but investigative reporter Beth Murphy found a very different story in 2018. The Zika virus is still carried by mosquitoes on the island, and pregnant women remain at serious risk.

In a report “The Storm After the Storm,” published jointly with The GroundTruthProject, Reveal and the Texas Tribune, Murphy discovered the main reason there have been no cases of Zika: the government of Puerto Rico ended its surveillance of the virus after Hurricane Maria hit the island in September 2017.

The only current surveillance is being conducted by a handful of doctors, such as obstetrician-gynecologist Carmen Zorilla, M.D., who directs pregnant patients to get a Zika test when she thinks they are at risk. When Murphy was reporting her story in the fall of 2018, Zorilla told Murphy that 32 of her pregnant patients tested positive for Zika.

“I’m concerned … about public health,” she told Murphy, of why she has continued to test her patients for Zika. “It’s public health, individual health, future of the country in terms of infants.”

Zika is a virus carried by the Aedes mosquito. Symptoms for the virus are generally mild and include fever, headache, and body aches. However, when a pregnant woman is infected with Zika, there can be serious consequences to the fetus. In about 5 percent to 10 percent of cases, a pregnant woman’s baby can develop severe birth defects, such as microcephaly, a condition associated with incomplete brain development.

In February 2016, the World Health Organization declared a global health emergency over concerns that mosquitoes carrying Zika were spreading throughout the Americas. Pregnant women were advised not to travel to South and Central America and to the Caribbean, including Puerto Rico. Though the WHO emergency has ended, the U.S. Centers for Disease Control and Prevention still tells pregnant women not to travel to Puerto Rico.

By 2017, Puerto Rico was tracking 4,000 babies born of mothers who had a Zika infection. At the time, the government of Puerto Rico, with the support of the federal government, was providing free testing of Zika and counseling.

In 2016, Murphy had traveled to the island as part of a series on the impact of climate change and women for GroundTruth, a collaboration of reporters with Boston television station WGBH. From that work, Murphy learned of the connection between climate change and infectious diseases, so she continued to investigate Zika.

What she found is alarming. About 9 percent of pregnant women tested were diagnosed with Zika in the summer of 2018 — about the same number of women that were testing positive in 2016. The figures suggest Zika is still lurking and threatening in Puerto Rico.

To learn more about how Murphy reported her story and some of her resources, check out her “How I Did It” piece for AHCJ.