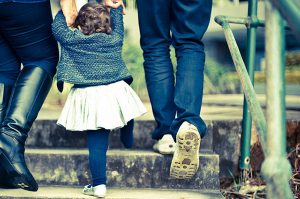 “Medicare-for-all,” “single-payer” and “universal coverage” are going to be in the news a lot over the next few years – and confuse many people. While these terms often are used interchangeably, they all mean slightly different things.

Medicare-for-all can be considered a form of single payer – with the government as the health care payer – but there are other models in which there could be one payer but different ways of getting coverage (Medicaid buy-in, for instance, or some other “public option”).

Universal coverage, on the other hand, would cover everyone, but does not necessarily mean single payer, government-run or Medicare (although it’s often used that way). “Everyone” could be covered using a mix of payers, since our Medicare system has public, private, and beneficiary payments.

None of these necessarily mean “free” health care unless Congress decides patients don’t have to pay premiums, co-pays or deductibles, although there are some legislators who do advocate that. I recently discussed some of this in a tip sheet for the Shorenstein Center Journalist Resource website.

Moreover, since there are not yet agreed-upon definitions, reporting on this issue inevitably will cause some backlash from readers/viewers/listeners who insist otherwise.

We’ll come back to this topic. But for now, let’s start with one particularly relevant #HealthPolicyValentine, and then onto a reading list.

I’ve grouped these links by general topic. Many were suggested by Julie Rovner in preparation for a new “What the Health” podcast at Kaiser Health News, so a big thank you to her. Since many of the articles below are at least somewhat skeptical about Medicare-for-all, you may want to check out the website of Physicians for National Health Program, which has been advocating for single payer for many years and offers many resources.