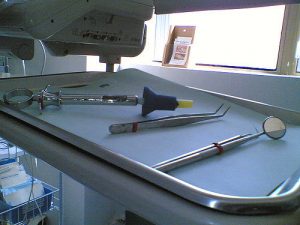 A state jury found a former Hawaii dentist not guilty of manslaughter and other criminal charges related to the highly publicized death of a 3-year-old girl under her care.

It was the latest development in a nearly five-year-old case that focused attention on the potential risks to children who receive anesthesia or other sedation as part of a dental procedure.

The child, Finley Boyle, stopped breathing and went into cardiac arrest after she was administered sedative drugs during a procedure at Lilly Geyer’s Kailua dental office. The girl remained in a coma for a month before dying on Jan. 3, 2014, in a hospice.

During Geyer’s month-long trial in November, Honolulu Chief Medical Examiner Christopher Happy testified that Boyle “likely died because of the sedatives and local anesthesia given at the time of the dental procedure,” the Star Advertiser reported in a story on the verdict.

Yet Geyer’s attorneys argued that Finley’s mother had not told the dentist that the child had been diagnosed with an upper respiratory infection weeks before her appointment. The residual effects of the illness caused the girl’s vocal cords to close under sedation, cutting off oxygen, they said.

The dentist shut down her practice and no longer works as a dentist. The child’s parents, who sued Geyer, reached a confidential out-of-court settlement, the newspaper noted.

The girl’s death spurred the 2017 passage of a state law known as Finley’s Law that increases the oversight of dentists who seek authorization to administer anesthesia and sedation in the state. The legislature concluded that Geyer lacked formal training in administering oral sedatives to children.

“If better standards had been in place, the tragic death of 3-year-old Finley Boyle may have been prevented,” Hawaii Governor David Ige said in signing the bill, Dentistry Today reported at the time.

An estimated 100,000 to 250,000 sedations for pediatric dental procedures are performed annually in the United States. Yet it is unknown how often these procedures go wrong, or why, a panel of experts concluded last year in an “Ethics Rounds” commentary for the journal Pediatrics.

The details that emerge via news stories and lawsuits related to anesthesia deaths do not go nearly far enough to answer the questions, or help develop best practices to prevent such tragedies, members of the panel observed.

The experts called for a mandated reporting system for adverse events. And they stressed the importance of avoiding anesthesia through earlier treatment of early childhood caries (ECC) and wider adoption of minimally-invasive approaches to disease management. Non-surgical treatments such as fluoride varnish, silver diamine fluoride and glass ionomer sealants can be used to arrest decay, members of the expert panel noted, citing updated professional guidelines.

“In 2016, the American Academy of Pediatric Dentistry (AAPD) announced, ‘Because restorative care to manage ECC often requires the use of sedation and general anesthesia with its associated high costs and possible health risks, and because there is a high recurrence of lesions following the procedures, there now is more emphasis on prevention and arrestment of the disease processes,’ members of the panel stated.

“The AAPD’s policy statement goes on to enumerate methods of chronic disease management, active surveillance, and interim therapeutic restorations and states, ‘Non-surgical interventions should be implemented when possible to postpone or reduce the need for [previously accepted] surgical treatment approaches,’” panel members said.

We published an AHCJ tip sheet on pediatric dental procedures around the time of Finley Boyle’s death, plus a Q&A with one of reporters who covered the case, that remain good resources for reporting on the issue.