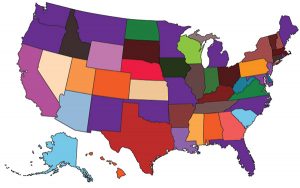 Backers of Maine’s Medicaid expansion, approved by voters in 2017, have been locked in a court battle with outgoing Republican governor Paul LePage, an outspoken opponent of the step.

At the same time, Gov.-elect Janet Mills, a Democrat, has offered assurances that she will put the expansion into place “on day one” if it hasn’t been implemented by the time she assumes office in January, Joe Lawlor of the  Portland Press Herald reports.

Still, the hard-won measure, which is expected to open up access to health care coverage to 70,000 additional Mainers, could fall far short of meeting their dental needs, notes Lawlor.

The problem is particularly acute for adults in Maine. While children are entitled to a full range of dental services under Medicaid, adult dental benefits are an optional part of the health care program and vary from state to state. Adult dental coverage under Maine’s Medicaid program, MaineCare, is particularly meager.

“Maine is one of 13 states that has no adult dental benefits in Medicaid except for emergency work,” Lawlor wrote in a feature on an annual free care day where Maine’s needy and uninsured can obtain donated services.

This year, about 500 adults received procedures including fillings, cleanings and extractions at “Dentists Who Care for ME” events held at six sites across the state, Lawlor reported.

Patient Mary Rena assured the newspaper she was grateful for the help. Still, the single day of free care served as a reminder of the barriers that many residents face in maintaining their oral health throughout the rest of the year. Adding a basic adult dental benefit to MaineCare could make a difference, Lawlor noted in the story.

“About 100,000 of the 260,000 Mainers who have Medicaid are non-elderly, non-disabled adults who would stand to gain from a dental benefit,” he wrote. As Lawlor reported, poor children may also face dental challenges in Maine. Dentists complain that MaineCare’s dental reimbursement rates are too low. And dental provider shortages are common in the state’s poor and rural communities.

In recognition of such problems, Maine has taken some steps aimed at finding cost-efficient ways to expand access to care. In 2008, the state established a special license to allow dental hygienists to practice independently, and their numbers have been inching up, the Press Herald reported earlier this year.

And in 2014, state legislators approved the deployment of mid-level dental providers called dental therapists. Variations on the model are already in use in tribal areas in Alaska, Oregon and Washington as well as in underserved communities in the state of Minnesota. The providers, often compared to nurse practitioners, work as part of dentist-led teams and are tasked with expanding access to care to poor, rural and isolated communities that have long faced shortages of services.

But they have been staunchly opposed by national and state dental groups. In Maine, such resistance has slowed efforts to put dental therapists to work, the Press Herald’s editorial board wrote last year.

“Nearly one in four Mainers lives in an area designated as having a dentist shortage, and the crisis is worst in the poorest and most rural parts of the state,” the editorial observed. “Three years after the dental therapy bill became law, not one dental therapist has yet been trained in Maine,” the piece contended.

In a Nov. 14 editorial, following Lawlor’s free care story, the Press Herald made another call for a strengthened oral health care system in Maine. The piece praised workforce reforms as well as a $5 million bond, approved by Maine voters in 2010 that earmarked $3.5 million to help the University of New England to open a dental school.

The newspaper’s editorial board went on to make a broader appeal – for expanded access to private and public dental benefits across the state – and for the meaningful integration of oral health services into the larger health care system.

“In addition to including dental coverage in ordinary health insurance plans and coverage for adults in the MaineCare program, the state should look for ways to make it easier for patients to move between primary care and oral health, maybe getting their teeth cleaned in the same place they go for checkups and bloodwork,” the editoral asserted, highlighting challenges faced by states nationwide.