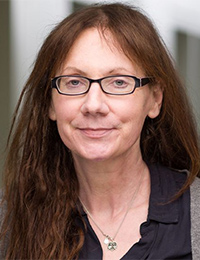 The evidence-based medical research community lost a hugely influential voice and amazing individual. Lisa Schwartz, M.D., M.S., a physician and researcher who dedicated her life to improving how research is published, interpreted and distributed, passed away on Thursday.

I first met Schwartz during the National Institutes of Health Medicine in the Media workshop in 2012, the last year it ran. She and her research partner (and husband), Steven Woloshin, M.D., M.S., ran the workshop and co-directed the Center for Medicine and the Media at the Dartmouth Institute for Health Policy and Clinical Practice.

What I remember most about Schwartz — and what you will see echoed in the many testimonials and memorials about her online — was her generosity and patience. She genuinely cared about ensuring journalists had all the tools and skills they needed to report responsibility and accurately on medical research, and she would do whatever it took for that to happen with whomever sought her help.

“She was glorious, brilliant. So very sad to hear the fabulous Lisa Schwartz has died. She leaves behind a powerful body of work & sphere of influence. Where do you start to describe a person so principled, committed, accomplished, & loved?” wrote Hilda Bastian on Twitter.

Bastian offers a great example of how dedicated Schwartz was to the rigors of research: Her free online book, “Know Your Chances: Understanding Health Statistics,” coauthored with Woloshin and H. Gilbert Welch, M.D., M.P.H., not only attempted to improve readers’ understanding of health statistics. Schwartz and her coauthors ensured that it did by running randomized controlled trials to “to see whether a general education primer improves patients’ medical data interpretation skills.”

Hundreds of researchers and journalists write books aimed at improving readers’ understanding and knowledge of a complex topic, but I don’t know of many (any, offhand) who have conducted randomized controlled trials to see if they actually accomplish that goal!

Schwartz also helped develop a drug fact box that re-envisioned what an actually informative and helpful drug label can look like, Bastian notes.

Schwartz’s hundreds of published papers, are a treasure trove of critical research and commentary into how studies are conducted, shared, interpreted and used.

“This editorial by the triumvirate of Lisa Schwartz, Steve Woloshin & Barry Kramer is a must read for anyone pursuing journalism related to healthcare,” tweeted Anirban Maitra, M.D., scientific director of the Ahmed Center for Pancreatic Cancer Research at MD Anderson Cancer, about the article Promoting Healthy Skepticism in the News: Helping Journalists Get It Right. (Covering Health reported on the editorial in 2009.)

In fact, any one of Schwartz’s and Woloshin’s many articles is like a classroom lesson in reporting more responsibility and effectively on medical research. Consider the incomplete selection below:

“She was a brilliant role model and true friend, and will live on in her great work and loving family,” tweeted Aaron Kesselheim on his way back from her “standing room only memorial service.”

Another scientist called her “a powerhouse. Mesmerizing. Brilliant research, brilliant mind” and “a bright torch.”

“Lisa Schwartz and Steve Woloshin educated so many journalists, both formally and informally. If health reporting has improved at all in recent years, it’s due in large part to them,” tweeted Liz Szabo.

Among the many who weighed in on Twitter about Schwartz’s generosity and influence were Cindy Kuzma, Kate Lowenstein, Anik Giguere, Luca De Fiore, Alice Andrews, Ann Silversides, Richard Lehman and Kay Dickersin,

My favorite, I think, was Karen Lubell’s: “Just got back from the funeral of Lisa Schwartz. The world is, statistically, 200% better for her being in it.”

If your life was touched by Schwartz, Szabo is collecting stories on Twitter, and feel free to share your memories in the comments.