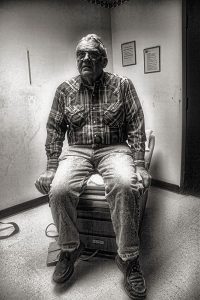 Older adults rarely ask for referrals to specialists, specific prescriptions, express concerns or follow-up after medical visits. Instead, they trust their doctors to advocate for their health needs, according to a new study.

The findings highlight a disconnect between the expectations of older adults and the realities of a changing health care system, in which doctors have less time to spend with patients. Researchers found that the more adults 65 and older trusted the role of their doctor, the less likely they were to advocate for their health concerns.

The results are concerning because it suggests that older generations are clinging to how health care used to be, when doctors had more personal relationships and continuity with patients, according to co-author Eva Kahana, a humanities professor at Case Western Reserve University in Cleveland. The study, “Whose advocacy counts in shaping elderly patients’ satisfaction with physicians’ care and communication?” appeared in the June 25 issue of the journal Clinical Interventions in Aging.

Patient initiative and shared decision-making are increasingly important factors in the quality of care and patient satisfaction. Older patients, however, may not fully share in this approach, having grown up with a more paternalistic model of care, the researchers pointed out. Patient empowerment may be further limited among those with less education and health literacy, as well as among members of racial and ethnic minority groups. If patients incorrectly assume their physician will act and advocate on their behalf, it could lead to poorer overall health, particularly for those living with one or more chronic conditions such as diabetes or high blood pressure, Kahana said in a statement.

The findings are especially relevant for minorities and the sickest of patients, who have less access to health care and often face additional challenges in finding responsive care, according to previous research.

Researchers analyzed data based on a 90-minute face-to-face interview with a diverse pool of 806 older adults recruited from retirement communities in Clearwater and Orlando Florida and community-dwelling older adults in Miami and Cleveland. The mean age of participants was 77.82.

Among of the study’s other findings:

These findings support prior research on the preferences of older adults to have limited involvement in health care decision making. According to Kahana, the results strongly suggest that families of older patients should be ready to step in as advocates for their older relatives. Additionally, health providers need to become more aware of how older patients perceive them.

Here are some ideas for journalists to consider when reporting on this issue: