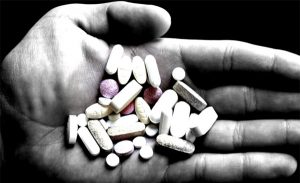 There is no cure for dementia, a devastating group of diseases that eventually rob people of their memory, personality and quality of life. Only a few drugs are approved in the U.S. for short-term use to treat symptoms such as memory loss and confusion.  A recent analysis found that many patients remain on these drugs much longer than recommended, resulting in potential health risks and thousands of dollars in additional costs.

Overuse of medications among older adults is a common problem. Multiple chronic conditions often mean visits to multiple providers who may not communicate with each other or may use different electronic health systems, making data sharing difficult, if not impossible, as this U.S. News article details. When it comes to dementia drugs, clinicians often receive little guidance on when and how to de-prescribe them, despite potential adverse effects from long-term use, according to researchers from the AARP Public Policy Institute, who conducted the study. And often, patients or families grasp at anything they perceive to be helpful, despite risk of side effects like heart disease, hip fracture, or falls.

“Health care providers often don’t have the information they need to make decisions about deprescribing or even drug-drug interactions,” Leigh Purvis, AARP’s director of health services research said in a phone interview.

Dementia is a high-cost, progressive disease. The Alzheimer’s Association projects dementia-related care will total $277 billion in 2018 and could be as high as $1 trillion by 2050. Medicare and Medicaid are expected to cover $186 billion, or 67 percent, of the total health care and long-term care payments for people with Alzheimer’s or other dementias. There are only a handful of medications used to treat dementia symptoms, specifically cholinesterase inhibitors (CheI) like Donepezil (Aricept) and memantine (Namenda). The price of some drugs can top $700 a month.

ChEI has been shown to work in some patients in mild to moderate stages of disease and mematine works in some patients with moderate to severe dementia. For a more detailed primer on how these and other dementia drugs work, read geriatrician Leslie Kernisan, M.D’s., explanation here.

However, treatment should be balanced against potential side effects. In addition to its own potential side effects, one-third of ChEI adverse reactions may be due to drug-drug interactions. Nine percent to to 45 percent of ChEI/memantine users are also prescribed a medication that could reduce its efficacy or result in a drug-drug interaction, according to this Medscape story.

For this study, Carter and Purvis conducted a retrospective analysis of de-identified claims from OptumLabs Data Warehouse, which included medical, pharmacy and eligibility information for 70,987 Medicare Advantage enrollees from one large insurer. Subjects were age 65 or older with a new dementia diagnosis between 2006 and 2015. Note that AARP was a founding partner of OptumLabs. Of the 36,000 MA enrollees in the sample who initiated drug treatment for dementia, 58 percent were prescribed ChEI; 33 percent received ChEI and mematine; 8 percent received mematine only. Another 16 percent were prescribe ChEI or mematine without a formal dementia diagnosis.

The analysis found that 70 percent of MA enrollees who were prescribed dementia drugs took them for longer than the duration recommended by clinical evidence. ChEI was the most commonly prescribed treatment, followed by a combination of ChEI and mematine. The ChEI and mematine combination regimen cost as much as $1,050 per month and up to $19,316 over the 10-year study period. Mematine alone averaged $200 per month, while ChEI alone was significantly lower, at $59 per month, on average. Some patients took dementia drugs for the entire study period, at a cost of nearly $20,000. “The evidence supports only short term use of these drugs and very few studies show any benefit after a year,” Carter said by phone.

In a 2016 analysis of fee-for-service Medicare enrollees supported by the Commonwealth Fund, researchers found that newly-diagnosed dementia patients were treated less often than patients in later stages of the disease. Use also varied by region and provider type; only 32 percent of patients in the Bronx, New York, were prescribed anti dementia drugs, compared with 66 percent of dementia patients in Wausau, Wis. That report concluded “the wide variation suggests a lack of consensus on the value of these medications.”

“People need to be having conversations with their health providers about the appropriateness of taking these drugs, and for how long,” said Purvis. “There are implications from both a cost and a health perspective.”

Effective use of anti-dementia drugs is a global challenge.  This French study found that some anti-dementia drugs have been linked to increased hospitalization for cardiac and gastrointestinal problems. And according to Japan’s oldest daily, the Mainichi, 85 percent of Japanese 85 or older take anti-dementia medications, despite questions of efficacy.

Journalists: Overprescribing for older adults is not just limited to anti-dementia drugs. What should patients and their caregivers know about evolving health care needs and how can they best approach medical professionals to address polypharmacy? How can health providers address this challenge, given fragmented communication and data?