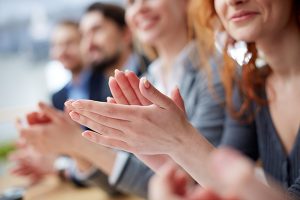 Ken Alltucker (@kalltucker) is a health reporter at USA Today. He was a senior reporter at The Arizona Republic.

Jeanette Beebe (@JeanetteBeebe), an independent journalist who has reported for The Daily Beast, Scientific American, PBS/Next Avenue, and NPR member station WHYY, was recently awarded a scholarship by the Center for Cooperative Media at Montclair State University. The fund is dedicated to helping New Jersey journalists attend trainings, events and conferences by organizations that work to improve diversity, equity and inclusion in media.

Suzanne Bohan (@SuzBohan) released a book six years in the making, “Twenty Years of Life: Why the Poor Die Earlier and How to Challenge Inequity” (Island Press). It chronicles the remarkable successes of a California initiative to improve health in distressed neighborhoods by building up the political power essential for bringing in more health-promoting resources and policies. She also is writing a regular column for the Center for Health Journalism at the University of Southern California on initiatives to tackle social determinants of health.

Writer Helene Epstein (@hmepstein) is a guest on Episode 13 of the podcast Overprescribed, sharing stories for patients about her father’s battle with Parkinson’s psychosis because he was overmedicated and her son’s struggle with an ADHD medication after a misdiagnosis.

Liza Gross (@lizabio), and independent journalist, published The Science Writers’ Investigative Reporting Handbook, a practical, step-by-step guide that gives health and science writers all the tools they’ll need to add accountability reporting to their stories. In an easy-to-follow format, it lays out strategies and resources designed to empower beginners to launch science-based investigations. She published the handbook with the help of a Peggy Girshman Idea Grant from the National Association of Science Writers. It’s available on Amazon.

Catherine Guthrie (@cat_guthrie), a freelance journalist, has written her debut memoir. “Flat: Reclaiming My Body From Breast Cancer” was published this month from Skyhorse Publishing.

Phyllis Hanlon (@polishpen), an independent journalist, was awarded a grant from the American Society of Journalists and Authors (ASJA) and National Institute of Health Care Management (NIHCM) for reporting on the mental health of LGBTQ+ youth. The project, “Isolation and LGBTQ youth: Social, psychological and financial implications,” is scheduled for publication by New England Psychologist.

Markian Hawryluk (@markianhawryluk), health reporter at the Bend Bulletin won two first-place awards in the Society of Professional Journalists’ Northwest Excellence in Journalism contest. His work on the opioid crisis won in the Comprehensive Coverage category, and his story “The Science of Pain: It’s All in Your Head,” topped the Health & Science Reporting category.

Harriet Hodgson (@healthMN1), “So, You’re Raising Your Grandkids! Tested Tips, Research, & Real-Life Stories to Make Your Life Easier,” was selected as a finalist in the Book Excellence Awards, Self-Help category.

Stephanie Innes (@stephanieinnes) joined the Arizona Republic in Phoenix as the health care reporter. Previously she was the senior health reporter at the Arizona Daily Star.

Jason Kane and Laura Santhanam were among the team of PBS NewsHour producers nominated for an Emmy for the series, “America Addicted,” that explored the nation’s opioid crisis and heard from brave people from across the country who are rising to this historic public health challenge.

Dr. Prerna Mona Khanna (@AskDrMona), a medical columnist for The Desert Sun newspaper in Southern California, has been honored with The American Immigrant Society’s Ellis Island Medal of Honor and the University of California San Francisco’s first Alumni Compassionate Care Award for 20 years of international service volunteering to provide humanitarian aid and post-disaster medical relief, during which she often reported from the frontlines while providing grassroots medical care.

David Levine (@dlloydlevine), an independent journalist, has received two travel grants. The first is to go to the Heidelberg Laureate Forum which honors award recipients of the Fields Medal and Turning Award. They only accept 15 journalists from around the world. It takes place the last weekend in September. He also received a grant from the German Academic Exchange Service (DAAD) to be part of a delegation of 15 international science journalists on a press tour to Germany in October on the future of work.

Former USA Today health and tech reporter Doug Levy (@SFDoug) has released his first book, “The Communications Golden Hour: The Essential Guide to Public Information When Every Minute Counts.” Although primarily intended as a guidebook for police, fire and health emergency communications, the book draws on Levy’s experience as a reporter, emergency responder, public relations adviser and university administrator to provide guidelines that apply to any organization for handling any emergency. The book debuted as the No. 1 New Release in Amazon’s public administration, public relations and communications categories.

Jane Palmer, a freelance science and health journalist, visited northern Peru to report a public health story. For 20 years Peru has implemented an ambitious integrative health program within its national health system. One aspect of the program capitalizes on Peru’s plant diversity and a long term cultural history of using medicinal plants for healing. The story documents how much of the knowledge of the plants and their uses has been gleaned from communities and curanderos (shamanistic healers) and how this information has helped incorporate the use of medicinal plants into the public health system. The story will be published in Sapiens magazine and she discussed the idea with the Sapiens editor while on a Colorado fellowship to attend AHCJ’s Health Journalism 2018 in Phoenix.

Lara Salahi, an assistant professor at Endicott College, is co-author with Pardis Sabeti of a book that examines the 2014 Ebola outbreak. The book, “Outbreak Culture,” is scheduled to be published by Harvard University Press this November. The book is available for preorder on Amazon, Barnes and Noble and other major booksellers. Press copies are available now for review.

Joanne Silberner (@jsilberner), an independent journalist, spent the summer in Seattle and will return to London for three years, looking for freelance stories and lecture opportunities in the UK or anywhere that can be reached from Heathrow. She’s done a couple of stories for the BBC (the latest on bride burning in Nepal), has joined the Association of British Science Writers, and wishes there was an AHCJ chapter in England.

Articles that Don Tepper has edited for PT in Motion, a publication of the American Physical Therapy Association, have won several awards, including three 2018 Dateline Awards for Excellence in Local Journalism from the Society of Professional Journalists, two Bronze Awards from the American Society Of Healthcare Publication Editors and a Bronze Award from the American Society Of Business Publication Editors. A documentary coproduced by Tepper (other producers were David Kosterlitz and Jerry Friedman) won an APEX Award of Excellence. The documentary profiled the National Museum of Health and Medicine as part of a program by the organization Docs in Progress.

Lynne Terry (@LynnePDX) is now editor-in-chief of The Lund Report, an Oregon website that reports on health care policy and the industry.