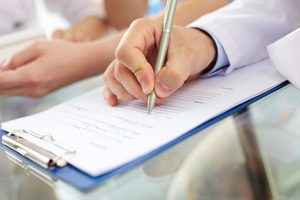 For patients and physicians, many aspects of the health care and health insurance systems are frustrating and appear to be needlessly complex.

One of the most frustrating processes is prior authorization, the mother-may-I approach health insurers use to ensure that procedures, medications and even certain care processes are appropriate and worthy of coverage.

In a new tip sheet, we explain that for health insurers, providers and patients, prior authorization is not only complex but also highly controversial.

The prior-auth process itself goes by several names including preauthorization, prior approval, precertification, prior notification, prospective review and prior review. As might be expected, physicians suspect health insurers use prior approval to restrict coverage to costly and new services and therapies.

In July, members of the U.S. Senate criticized health insurers for the way they manage requests for prior authorization, according to an article, “Senate Panel Eyes Regulating Insurance Prior Authorizations,” by Susannah Luthi who covers health policy and politics in Congress for Modern Healthcare.

In the same article, Luthi reported that David Cutler, Ph.D., the Otto Eckstein professor of applied economics in the Department of Economics at the Harvard Medical School, recommended that the federal government standardize prior authorization forms for all insurers.

Standardizing these forms might help eliminate some of the disagreements between physicians and insurers over preapprovals that regularly erupt into public view. In June, for example, a teenager in Massachusetts died of a seizure after being unable to get prior authorization to renew a prescription for her medication.

In February, a former medical director for Aetna said in a sworn deposition that he never looked at patients’ medical records before deciding to approve or deny a prior authorization request. After that story broke, six states said they would investigate Aetna’s prior authorization practices.

Physicians say prior authorization is problematic because it can delay treatment and burdens them with hours of paperwork and time on the phone seeking approval from health insurers and their intermediaries.

Another way health insurers are responding to critics is by cutting the number of health care professionals subject to prior authorization requirements based on their performance, adherence to evidence-based medical practices or participation in a value-based agreements with health insurers.

Health care journalists have an opportunity to report on whether any of these changes will improve the prior-authorization process. See our new tip sheet to guide your reporting on prior authorization.