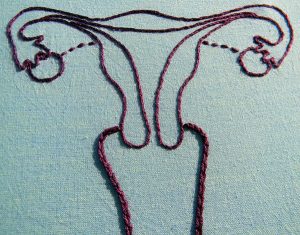 Sometimes you have to learn things the hard way to get them right the next time – even when you already know better and shouldn’t have made that rookie mistake in the first place.

That’s what this post is about: My haste in covering a story I already know a lot about led me to omit a crucial piece of reporting – checking for potential conflicts of interest. I hope others will learn from my experience and use the resources I provide below to avoid the same mistake.

When Bayer announced in July that it was halting U.S. distribution of the Essure birth control device, I needed to move quickly. Essure, which is designed to induce female sterilization after a metal coil is implanted in each fallopian tube, is a permanent form of birth control that’s been in the hot seat for several years over safely concerns. I covered the controversy several years ago and stayed in touch with activists involved. Essure’s removal from the market was a huge victory for them. It also was the conclusion of a long battle on a women’s health issue, and I felt obligated to cover it.

But I didn’t have the bandwidth at the time. As any journalist knows all too well, it can be difficult to rapidly switch tracks when news breaks and interrupts other stories in progress. I had been finishing up an intense, larger and all-consuming story that had pushed everything else to the back burner. That project was just days from publishing when the Essure news broke.

I knew I couldn’t devote the time to a lengthy news story about Essure, but figured I could write a quick piece about the saga coming to an end. I reached out to an activist I previously profiled and I received statements from attorneys involved in the lawsuits against Bayer. Since women’s health is one of my major beats, I knew that many obstetricians and gynecologists still considered Essure a good option for some women and, contrary to activist concerns, to have a relatively good safety record. So I needed to include the perspective of a women’s health provider as well.

I reached out to a university media office where I have a good relationship, Oregon Health & Science University in Portland. Their staff is responsive and excellent at finding experts quickly when I’m on a tight deadline. I only had two questions, so I sent my questions and asked if a women’s contraception expert was available to offer a reaction to the news. I did not ask for an expert who was necessarily pleased or displeased at the news; I just wanted to be sure I’d consulted at least one OB-GYN who specializes in women’s contraception. The OHSU media folks came through with some quotes from Jeffrey Jensen, M.D., a contraception expert.

I quickly wrote a news blog post, which ran on Forbes.com, then returned to another big story. Shortly after that, my activist source, Amanda Dykeman, emailed me her thanks for covering the news. But she was curious as to why I’d chosen to quote Jensen, given his industry connections to … Bayer.

Well now, that’s a good question, isn’t it? The unfortunate, embarrassing answer was that I’d rushed my reporting and didn’t know Jensen had consulted for Bayer. I sent her a lengthy, thoughtful reply about what the sausage factory looks like from the inside, but told her that it didn’t excuse the fact that I hadn’t done enough due diligence. In fact, I’ve even blogged for AHCJ about the need for more independent, conflict-free comments in stories! One blog post was titled, “Check out your sources for conflicts of interest.”

Talk about not practicing what you’ve preached. I should have asked the OHSU media folks for Jensen’s disclosures or researched them myself. Then if I learned (as I should have) that he had Bayer connections, I should have looked for a different expert, even if it meant waiting another day to publish.

I said as much to Dykeman, followed up with OHSU for Jensen’s disclosures, and then added an update to my story. (He has consulted for Bayer on contraception products, though not Essure in particular.)

Coincidentally, on the same day I’d requested Jensen’s disclosures, I saw a tweet from Matthew Brignall, N.D., that introduced me to ProPublica’s incredible Dollars for Docs database. It’s been available for several years, but I hadn’t seen it before. If I had, a five-second search would have alerted me to Jensen’s links to Bayer.

When I shared that site with Dykeman, she in turn introduced me to another useful website, CMS’s Open Payments Data. I also should have known about that resource. Now I do.

Here are the lessons others can learn (or relearn) from my mistakes: