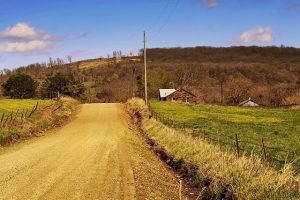 America’s tribal communities have long suffered from an abundance of oral disease problems and a shortage of dentists.

Research has shown that Native American and Alaska Native preschoolers experience tooth decay at more than four times the rate of white children.

The Early Childhood Caries Collaborative, launched in 2009 by the Indian Health Service (IHS.) Division of Oral Health, aims to help ensure that children aged 1 to 5 get timely preventive dental care.

Stephanie Lovell, a registered dental hygienist with the I.H.S. Lawton Service Unit, said she decided to use the approach to help children in the communities of Lawton and Anadarko after learning about it at an I.H.S. regional meeting in 2011.

“We went right out to all of the Head Starts, daycares, and public schools and began doing dental screenings and applying fluoride varnishes and dental sealants,” Lovell explained in a recent Stories from the Field segment posted on the Healthy People 2020 website of the U.S. Department of Health and Human Services (HHS). (Slides from a related webinar are expected to be posted on the site soon.)

When Lovell encountered challenges, she said found the support she needed within the communities. Schools helped her obtain parental consent by including the necessary forms in enrollment packets. She and a teacher co-operated for a week to soothe the fears of a particularly anxious little girl. Parents rallied to the cause. The Lawton Service Unit trained pediatricians and nurses to apply fluoride varnishes.

“Anyone who could help slow down that decay rate, we’d pull them in and get their help,” Lovell explained.

Timothy Ricks, who serves as deputy director of the IHS Division of Oral Health said an outreach campaign was launched to educate parents about the importance of early care. Catchy slogans including “First tooth, first exam” and “Two is too late” helped drive home the message.

Over time, Lovell said she believes the effort, which has reached about 7,500 children at 100 local sites, has fostered confidence and positive feelings.

“Now kids see me in Walmart and they wave,” Lovell said. “They’re not scared of the dentist like they used to be.”

Data for 2010 to 2014 indicate significant improvements in several key measures of oral health among the children who have received care through the initiative, according to HHS.

Now, the Lawton Service Unit is planning to expand its services. Challenges remain. Geographic isolation and socioeconomic factors including poverty still represent barriers to care, acknowledged Lovell and Ricks in a story on the findings by Theresa Pablos for DrBicuspid.com.

“However, they also stressed that prevention is possible and even one person can have an impact,” Pablos wrote.

“’You don’t need a lot of people or equipment,’ Lovell said. ‘Just one or two people can make a difference.’”